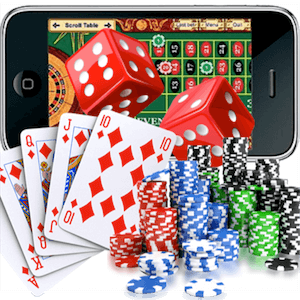 The UK Gambling Commission recently published a report revealing that over 1.6 million Britons are betting and playing via mobile handsets. The 2018 Gambling Participation summary supports these statistics, showing that 55% of players have gambled on a smartphone or a tablet.

Additional research has expanded on the UKGC findings, indicating that 44% of players regularly make use of mobile casino applications. As well as being 2X what it was just 4 years ago, this figure is just 1% less than the amount of people enjoying games via a laptop.

In response to these findings, the Daily Mail, the British tabloid published daily, has been informed that these statistics are a clear sign that operators and regulators are not properly adapting to the direction that modern trends are headed in. Professor Richard Tunney, Head of the Psychology Department at Aston University, spoke of the dangers of this kind of increased accessibility.

Tunney told the Daily mail that, for those among us more psychologically disposed to addictive behaviours, mobile casinos and bookmakers may present the kind of temptation that may well prove irresistible.

While the uproar in the face of these statistics is nowhere near the level it was at during the Fixed-Odds Betting Terminals debate of 2018, advocates of anti-gambling believe that there are changes that need to be made.

However, proponents of increased regulation around gambling have overlooked the evidence of the rise in mobile gaming activity in all areas. The 2018 Global Gaming Report by Newzoo shows that smartphones and tablets now account for as much as 51% of all gaming revenue.

The End of the Laptop?

With year-on-year growth of 25%, mobile handsets are now the leaders in the industry, and usage of desktop and console devices has decreased as a result. This is no less true in the casino game sector, with more people using mobile casino applications and fewer using laptops.

According to the report by the UKGC, desktop betting statistics have dropped by 5% between 2017 and 2018. So, while there are more players and punters using handhelds, it is simply the case that smartphones and tablets are replacing more traditional means of access.

An increased focus on responsible gambling practices is making itself felt in the mobile arena as well. In December 2018 it was announced by Barclays that a new merchant control feature was being made available which allows operators to restrict deposits to a range of sectors, including that of casino gaming.