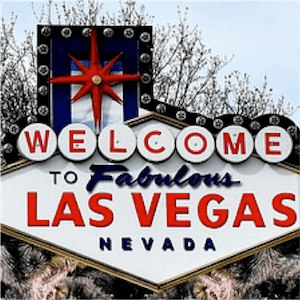 Last year’s Floyd Mayweather Jr. and Conor McGregor much-hyped Money Fight did more for Nevada casinos than anyone had dared to hope for or even guess at. The fight of the year attracted all sorts of business to local casinos in the area, including VIP high-rollers wanting to be present where the action was at, and spending a couple of million at local venues in the process.

Boxing legend Floyd Mayweather Jr. and Conor McGregor fought each other in a blockbuster spat that had sports and news pages abuzz for months before the time. It was much more than just two fighters standing off in physical battle; it was Martial Arts vs. Boxing, and bettors queued for the privilege to predict the outcome.

Now, a year later, the year-on-year figure comparison makes for glaring and compelling evidence as to just how popular the high-profile fight really was. One thing is for sure: the Nevada casino industry wouldn’t mind at all if the infamous duo were to return to the region for more of the same.

Recent figures released by the Nevada Gaming Control Board, for the current year, show a prominent year-on-year decline when compared to last year August. Overall gaming revenue had declined by 7.7%, with revenue slipping by 12.4%. Slot machines held firm, showing a decline of only 1%, which could very well be purely incidental, and not Mayweather/McGregor-related at all.

Table, counter and card games, however, fell by nearly 20%, which makes for quite a dip in revenue income. Card games popular amongst a more Western audience were knocked the hardest of all, with some registering overall losses in the double digits.

Local casino sportsbooks were hit hardest of all, showing an overall year-on-year decline of up to 62.9%, what with their having been no high-profile fights scheduled for the current year. Not to the extent of the Mayweather/McGregor fight, in any event.

Football and baseball were amongst the top performers for the current period, with parlay cards coming in as a priority on the list. The state’s horse race books did not perform quite as well as expected, either, which may very well indicate a decline in interest in betting in general, due to a lack of PR, which is something that there was no shortage of in 2017.