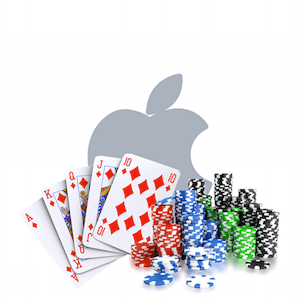 Not long ago gambling operators that had apps available for iOS were sent into a blind panic. This was due to an announcement made by Apple, which demanded that all gambling apps on the iStore be made entirely native to iOS.

The demand spelled disaster for many operators, given that their apps were primarily designed in HTML5. Most had simply added an iOS framework to their software, which allowed the programmes to function in the iOS digital environment. The original deadline given for the changes was September 3rd.

In response many immediately made their dismay heard, with some developers stating they would even need to learn entirely new programming skills. In other words; the demanded changes could potentially taking months, or over a year.

Initially Apple made no response to the concerns, resulting in a tense standoff. But, thankfully, the announcement has now come that the deadline would be extended by a full 6 months.

There is some relief, but many operators are still saying that this is not enough time.

The announcement for new iOS compliance came as part of a major crackdown by the tech giant. For years there had been mutters that the iStore was plagued by questionable gambling apps, many of which barely met regulatory standards, or even Apple’s own guidelines. It seemed that nothing would be done about it, drawing general public ire.

But in one fell swoop action was taken. New guidelines were released, detailing the heavy handed new approach that would be implemented. One of the most notable changes was that any piece of software that focused on depicting gambling, for real money or virtual currency, would immediately be rate 17+. This rule would be applicable to all regions, in all countries, without exception.

This new guideline has already been implemented.

News of these heavy-handed guidelines made global headlines, so much so that many almost missed another major announcement from the tech giant. The company announced that they would also be releasing a credit card. The initiative came as a result of a partnership with financial organisation Goldman Sachs Group Inc.

Details on the enormous project are thin so far, with more information likely due in the near future. One of the only big details that were made available is that the credit card would not be usable for purchasing cryptocurrencies, or gambling chips of any kind.

As it stands, it seems to be a period of major change for one of the biggest tech organisations in the world. Where they go from here has everyone sitting up and paying attention.