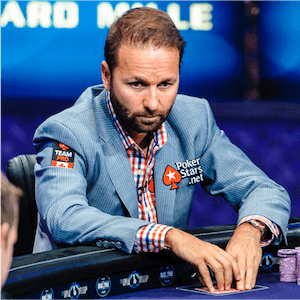 The US Poker Open third event took place on February 5 when the last official six-hand poker table was played at the Vegas-based Aria Resort and Casino. The tournament in question was a $25,000 No Limit Hold’em game, attracting some of the world’s strongest poker professionals to battle it out for the ultimate US poker title.

The third event attracted 44 entrants at the registration’s closing, and its first day saw six finalists being selected to later go head to head at the venue to determine the overall winner. The last poker player standing was incentivised by a massive first-place cash win of $374,000 – by far the largest share of the $1.1 million prize pool on offer.

On the day of the US Poker Open third event, Keith Tilston also returned to Aria Casino as the finalist with the tallest chip stack. Tilston, a US national, played his way to an exceptional 1.734 million in chips by the end of the tournament’s first day, which made him a strong contender for the winning title.

To date, Tilston has bagged live tournament prizes of almost $1.2 million, most recently winning the WPT Five Diamond World Poker Classic $25,000 High Roller event for his largest-ever win of $424,000 at the Las Vegas Bellagio. Furthermore, the player has also won his share of cash in twenty more live poker tournaments throughout his career, with the US Poker Open presenting another chance for the player to demonstrate his skills.

Tilston may have held the lead at the start of the tournament, but Canadian pro Daniel Negreanu was not far behind. Negreanu, who is currently the world’s most profitable poker player and a winner of several major titles, finished Day 1 with a second-place chip lead of 1.7 million. Tilston and Negreanu were in fact the only two participants who kicked off the tournament with seven-digit stacks.

Pros Battle For The Ultimate Title

The other contenders for the title included Jake Schindler, who accumulated the third-tallest chip stack of 999,000 on Day 1, and Britain’s Stephen Chidwick, who collected 519,000 from the first day game. Seth Davies and Bren Hanks took fifth and sixth place, accumulating chip stacks of 335,000 and 213,000, respectively.

On the day, media reports revealed that each of the sixth finalists were guaranteed to walk away with $66,000 or more in prize money – although only one player would go home with the grand first-place prize pot of $374,000.

It is important to note as well that participants of the US Poker Open are also aiming to become the US Poker Champion trophy-winner, with this year’s winner set to be named the champion of champions of the world-renowned event. The US Poker Open 2018 will conclude on February 11, at which point this ultimate title winner will be revealed.