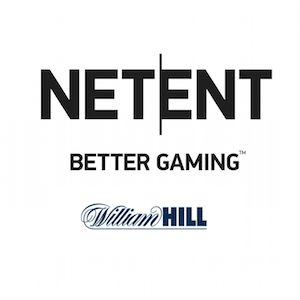 Not too long after the announcement was made that NetEnt was on the verge of releasing a slot based on the career and brand-profile of a famous champion horseracing jockey, a public statement was issued confirming the details of a collaboration between the software developer and sportsbetting giant, William Hill.

Having a presence in every possible sector of the market is the ultimate way of building a brand. Just ask NetEnt. The casino software developer is now focused on making a name for itself in the sportsbetting sector of the industry. Brand association is the most effective step in the pre-marketing process and we can’t help but wonder the brand is conditioning operators and players in preparation of something bigger to come.

Larger Presence In The UK

According to a company spokesperson, the motivation behind the latest collaboration is to increase NetEnt’s footprint in the United Kingdom. The developer will provide all of its network table games to William Hill, which includes its complete Blackjack and Roulette table games portfolios.

The spokesperson also confirmed that the technical integration of the games product platform is complete, with customers of the sportsbook already having access to NetEnt’s portfolio of entertainment.

According to Henrik Fagerlund, Managing Director of NetEnt Malta, it was the brand that was approached by William Hill, and that this in particular was something that the developer considered to be an enormous compliment.

Fagerlund said that the fact that their games were selected to be offered in conjunction with products owned by one of the largest sportsbetting companies in the world, was an unbeatable testimony and recognition of the supplier’s products.

William Hill’s Head of Live Casino, Barry Lennon, agrees. According to Lennon, the main driving force that had pointed William Hill in the developers direction as a partner of choice, was the fact that the casino games developer’s quality of content matched its own. Lennon said that it was priority for the company to build on its existing live casino legacy and that this had prompted the notion that only the best content on the market would be good enough.