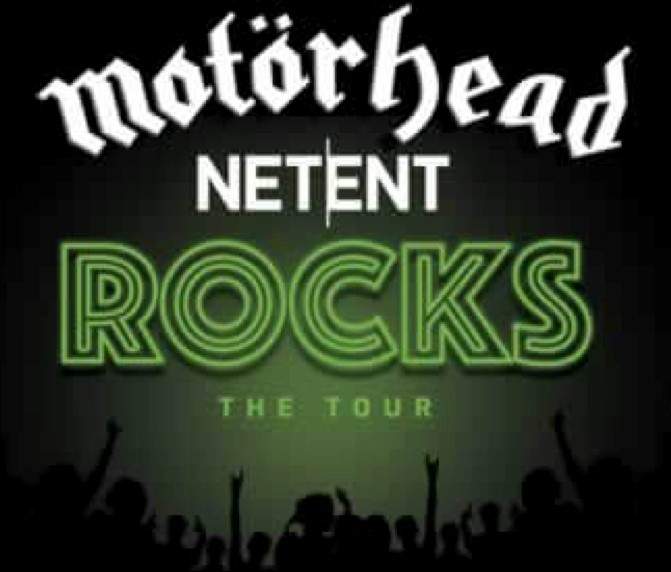 sed preview footage of its forthcoming Motörhead slots game, due for release on 22 September 2016. This is the third game in the developer’s Rock Tour range of slots, following the successful Guns ‘n Roses and Jimmy Hendrix releases, and has been eagerly anticipated by fans. Since Lemmy himself, the frontman and only constant of the Motörhead group, was a big fan of casino games, the game seems like a fitting tribute to the late rocker.

The backdrop to the 3-reel, 75-payline game is a stage set with everything Motörhead would need to perform, including speakers, amps and guitars. The symbols that they bear are a little more generic, and may have been intended to make the band more appealing to non-metal fans. They include horseshoes, 7s, bells, cherries and 4-leaf clovers, all of which are typical of classic slots machines. It is possible to activate the game’s Rock Mode, and turn up the volume of the featured songs that include the iconic Ace of Spades single, to boost the rock atmosphere a little more.

NetEnt is known for adding detailed special features to its video slot games, and seems to have done the same with its Motörhead title. The Wild Symbol takes the form of the Ace of Spades (also the name of a famous Motörhead song) and can replace any icon in the game except the Scatter. When 3 Scatter Symbols are seen anywhere on Reels 3, 4 and 5, a Bonus Round of 10 Free Spins is triggered.

There is also a Mystery Wild feature, which should boost winning possibilities even more. This is randomly activated, and causes the whole of one reel to fill with another symbol. Any symbol that is currently seen on the reels can be replicated, with the exception of the Scatter. It’s also present in the Bonus Round, but here it can also involve the Wild itself being replicated for even more potential wins.

The other bonus extra that is seen in the base game is the Bomber Feature, which is similar to the Mystery Wild in its effect, but quite a lot more dramatic. It features bombs exploding positions on the reels to uncover new icons, which once again means more potential wins.

Together with the Top Jackpot of 570x the total stake, this should make the base game well worth playing for many gamers. The theoretical RTP of 96.98% should win over the remaining unconvinced, and the betting range of 0.2 to 200 per spin will put it within the reach of every player budget.