Netflix To Now Let You Store Content on SD Cards 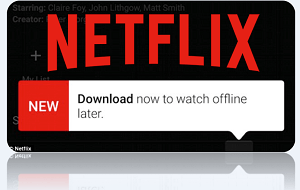 In late 2016, Netflix announced that it would make offline viewing possible. This has long been wanted by its users, and was very welcome news. However, those with Android devices may have noticed that they were not able to save content anywhere but the native storage facilities of their smartphone or tablet.

Until recently it was not possible to save downloaded content to your SD card, but the entertainment giant has recently introduced support for doing just that. Just as other online entertainment sites and apps such as mobile casinos do, Netflix is empowering its users all across Canada to manage their experiences in the way that suits them best.

Many people are not aware that Netflix has actually been in existence for nearly 20 years, having been founded in 1997. The company started out as a rental service for DVDs and Blu-Ray, and expanded to streaming media in 2007.

In 2013 Netflix debuted its own content production, with the acclaimed series House of Cards. Since then it has grown exponentially, and has made a substantial impact with its original content. In fact, it is estimated that Netflix produced at least 126 original series in 2016. This is more than any other network or cable channel in the United States, and in January 2017 it was also reported that Netflix has at least 93 million subscribers worldwide.

Netflix has clearly not put a foot wrong in terms of its own development, and its latest offline viewing features are no doubt the next carefully thought-out step in its path to even greater success.

To save Netflix content to your SD card, you need to go to App Settings on your Netflix app and look for Download Location from the drop-down menu. The SD Card option should appear on the new menu of storage possibilities, and you’ll be able to switch from internal to external storage easily as you decide where you want to keep your specific content.

You’ll need to download the latest version of Netflix or to update your app, so you might not be able to use it as soon as you finish reading this. It shouldn’t take too long to get going, but you should also be aware that not all content will be available for offline viewing and you may find that many of your favourites still require streaming. You should also keep in mind that the shows you do download to your SD card will only be watchable on the device that you used to complete the process.

In spite of the constraints to SD storage, it should still make the lives of Netflix users in Canada a lot simpler. It’s also expected that more content will shortly be rolled out, so your viewing options should keep expanding. This is another new phase in the development of Netflix, and things can really only get better from here. The streaming service has once again adapted to what the market wants, and has shown just how flexible it can be in its offering.