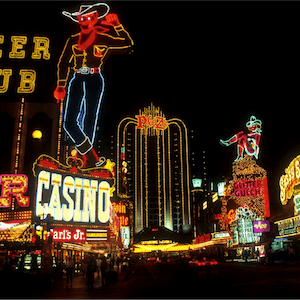 Las Vegas gambling establishments are now facing new pressure as additional laws have officially been signed into regulation. The laws state that venues are required to present security plans to authorities, with the primary focus on keeping patrons safe. Steve Sisolak, Nevada Governor, has signed off on Bill 69, which spells an enormous amount of new responsibility for operators to take into consideration.

The new Bill has run through the approval process, being passed before the State Senate and Assembly. The core of Bill 69, very simply, demands that every casino in operation register new, updated safety plans on a yearly basis. The plans will have to be filed before November 1st. But the demands are accompanied by a list of recommendations, many of which are set to cause significant headaches.

Along with the requirements of the new, detailed plans being filed, it was also suggested that each venue have a dedicated task force, which should have the job of overseeing security and ensuring that it is carried out in the strictest manner. Plus, one final recommendation suggests a dedicated electronic system, capable of tracking emergency situations on a broad scale.

The demands are excessive, some are suggesting, but the root cause is something that most can agree needs attention. It was the Mandalay Bay Shooting, which saw the horrific murder of 58 people during a concert, which spurred the demands for additional security measures. The Nevada Resort Planning Task Force was created soon afterwards, with the new measures implemented aimed at assisting the Task Force in carrying out essential responsibilities.

It has been stated that any casino that does not update their plans at the required time will face the wrath of the Task Force. The establishment will be reported to the Nevada Gaming Control Board, which may in turn hand out significant financial penalties. Or, under extreme circumstances, even have a license suspended, and ultimately lose the right to operate in the state.

Speaking on the matter, Governor Sisolak stated that he had been proud to sign Bill 69 into regulatory law. He declared that keeping the schools, counties, cities and resorts safe was a top priority, and that likewise keeping visitors safe absolutely essential.

But with the 1st of November quickly approaching, many are questioning if the countless venues across Las Vegas will be ready in time, and if the threatened penalties would indeed be carried out where necessary.