Microgaming is set to release yet another mobile slot game for their loyal fan base. The brand new Dragonz slot will be released this November, and a sneak peek has revealed impressive graphics and numerous innovative bonus features for mobile players.

Microgaming has produced several mobile slots during the course of 2016, many of which have impressed players across the globe. The new Dragonz mobile slot is expected to be just as impressive as the developer’s other 2016 titles, such as Lost Vegas and Jungle Jim. 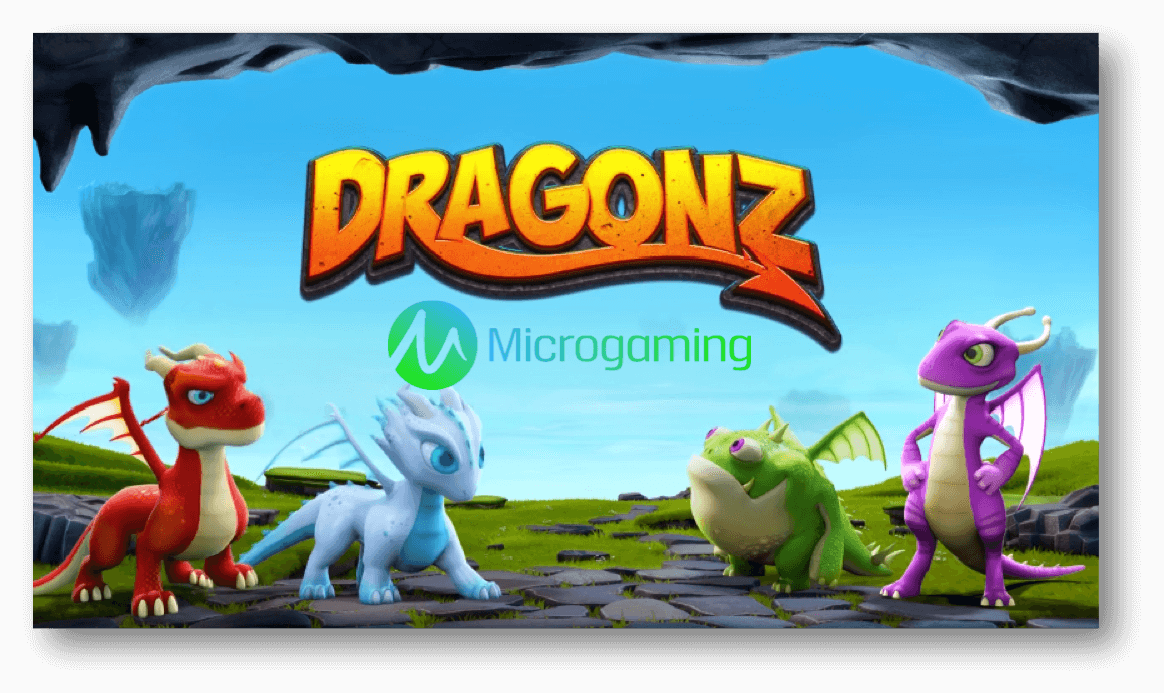 to Win slot that introduces players to four mythical characters who inhabit a fantasy land. The dragons are named Flint, Switch, Frost and Gobble, and players will see them throughout the game as they trigger their own individual bonus rounds.

The four Dragonz are also the highest paying symbols in the new slot, as well as transporting players to a different part of their world each time a bonus feature begins. Flint resides on a rocky beach complete with clear seas and skies, while Switch lives in a purple-hued fantasy land. Frost the dragon dwells in a snowy wonderland to match his name, and Gobble has made a lush green forest his home.

Along with the Dragonz, Microgaming’s newest mobile slot also offers a variety of features to boost players’ winning potential. When Wild symbols land on reel 3 of the base game, extra Wilds will shoot out onto the other reels to create a guaranteed win.

Aside from the unusual characters, the most noticeable features in this slot are undoubtedly the Dragonz free spins! Each of the dragons and their home lands feature in 4 free spins games, which can be triggered by landing three Scatters on the reels.

In Flint’s free spins game, the dragon will shoot random Wilds onto the screen for extra wins. Switch’s feature allows players to collect non-winning Wilds, which will then be transferred back onto the reels to create a guaranteed win. Frost the dragon freezes Wild symbols in place until they form part of a winning combination, and Gobble spits Sticky Wilds onto the screen until they create a win.

Dragonz is set to appear at Microgaming powered casinos this November. With the slot’s preview creating excitement even before it has been formally released, Microgaming’s latest creation will no doubt be a hit among mobile casino fans.