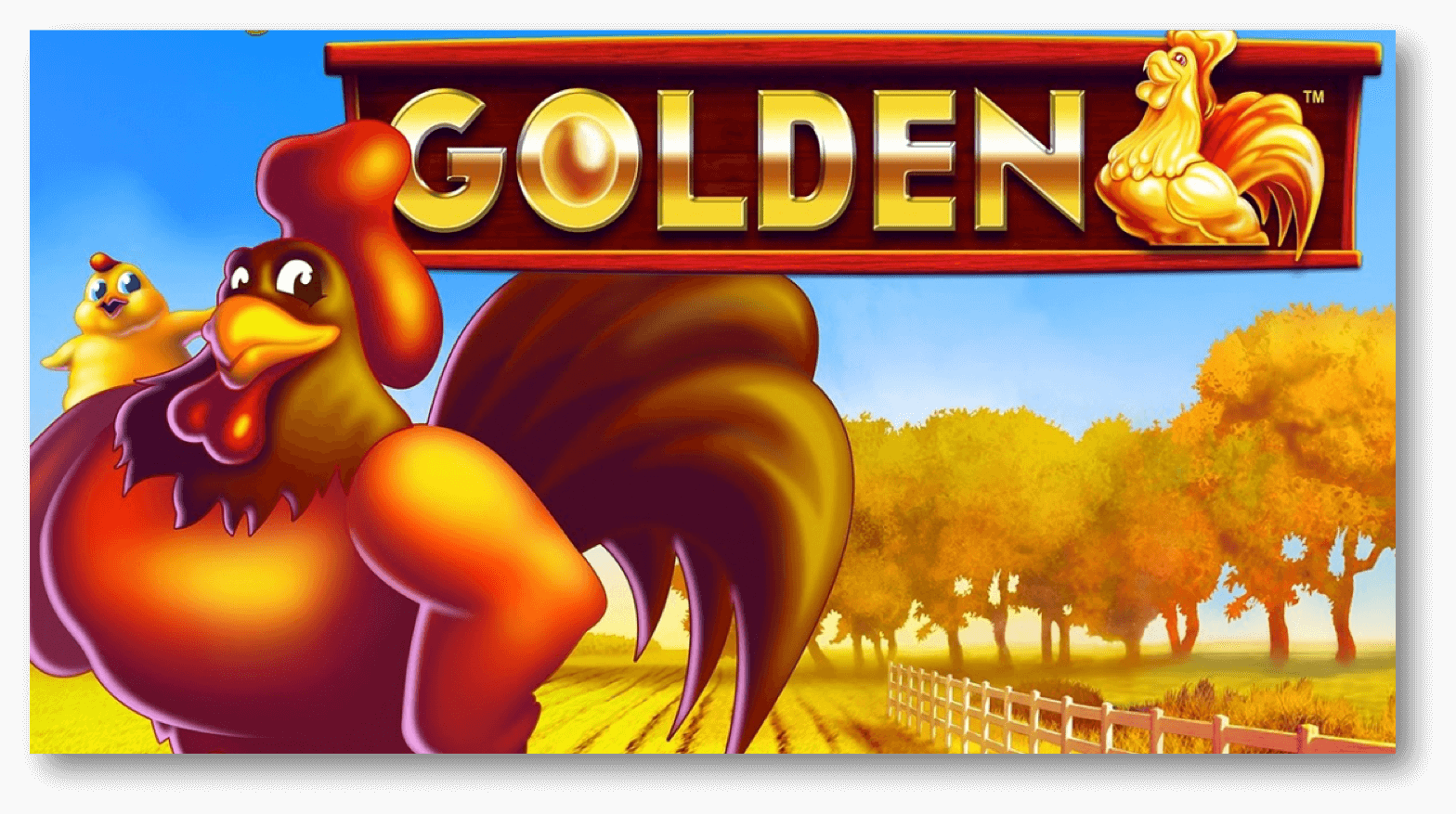 Aptly titled ‘Golden’, this mobile slots game will transport players to the farmyard, where they’ll need to track down the goose - or in this case the rooster- that lays the golden egg. This golden rooster is the star of the show, and the ticket to players winning big. Coincidentally, 2017 is the Year of the Rooster according to the Chinese calendar, so this slots game has more than one link to the New Year.

NextGen is renowned for creating top quality slots games that are graphic rich and innovative, and Golden looks set to meet players’ expectations once again. The farmyard theme may have been one that’s been done before, but Golden offers something a bit different.

A 5 reel, 243 Ways to Win slot, this game has aptly been given the appearance of being bathed in a golden light, and from the yellow corn field in the background to the highlights on the lower value playing card symbols, the theme is brilliantly carried through on every level. The graphics are similar to those seen in other smash hit NextGen releases such as Mad Mad Monkey, and boast a cartoon style that adds to the fun.

Slots that Stand Out

For all slots developers it’s always a challenge to create a game that captures player’s attention and offers something different. In Golden’s case, NextGen has focused on the Wilds. These symbols stand two symbols tall and can replace all other icons to complete a winning combination. In an unusual twist, the Wilds can also replace Scatter symbols to trigger the bonus round.

Players looking to give their bankroll a boost will be pleased to hear that Golden also offers 10 Free Spins, triggered by landing 3 or more Scatters anywhere on the reels. During the Free Spins the Wild rooster also plays a role, and will act as a Scatter symbol, re-triggering the Free Spins from within the bonus round.

To further add to your winnings, Golden also features a multiplier. Should a player land a win of 5 of a kind across the reels their win will be multiplied by 5x.

NextGen mobile slots fans are awaiting the release of Golden with great anticipation, and this feature-laden slots game is sure to attract new fans too.