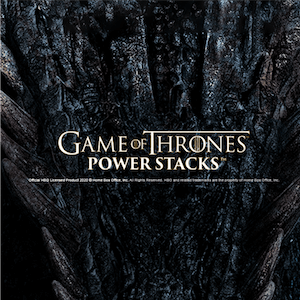 Fans of Game of Thrones will have a new way to relive the thrills of the hit TV series. Microgaming announced plans to release a brand-new online slot based on the show later this year.

Like the provider’s previous slot based on the series, which is available in two formats, the planned game, called Game of Thrones Power Stacks, is licensed by HBO. The provider’s relationship with the media company began in 2014, when the first game was created.

The online slot will be developed exclusively for Microgaming by Slingshot Studios. Like the previous title, it will feature characters and locations that will be more than familiar to fans.

The provider’s chief commercial officer, Jean-Luc Ferriere said that he was excited that the company is able to further its relationship with HBO. He explained that creating a second casino game that pays tribute to the show while building on the brand’s success was an honour for Microgaming.

Ferriere added that Slingshot Studios’ design team would work hard to ensure that the finished product is rich in features that bring the theme to life.

The provider did not go into detail about the sort of features players can expect in the new casino game. If the first Game of Thrones online slot is anything to go by, it should get players excited.

The first game has 5 reels. Players have the option of a version with 15 paylines, and another with 243 Ways to Win. Furthermore, the game includes symbols such as the Iron Throne, the Baratheon, Lannister, Targaryen, and Stark family banners, and the logo, which is a substituting Wild symbol.

The throne is a Scatter symbol that offers payouts, and it triggers the Free Spins feature. The feature offers players a choice of houses. The house that the player chooses to support determines the number of Free Spins and the size of the Multiplier that they receive.

Whenever a win lands, players can access the Gamble Trail feature. It lets players move to different locations on a map. In each location, players need to flip a coin in a bid to double their wins.

More information about the planned new Game of Thrones online slot will be released closer to the time, and players, and fans of the books and show, will surely be thrilled by whatever the new casino game brings.