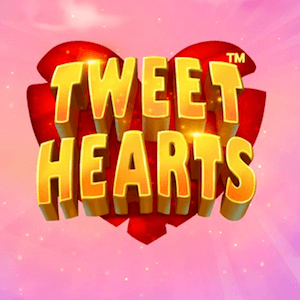 Just a week after revealing its new Aurora Wilds video slot to the world, iGaming software developer Microgaming has another important announcement for its players. The supplier is proud to reveal that it has launched another 5 reel, 17 payline slot by the name of Tweethearts.

The British developer used an official press release to reveal that Tweethearts is the latest addition to its slots portfolio. The game was developed under an exclusive partnership with Just For The Win, and has a vibrant tropical paradise theme. In the steamy Amazonian jungles behind the reels, wild parrots help players amass flocks of winning features, including an exciting Random Wild bonus.

Be Romanced with Random Wilds

According to Microgaming, the Random Wild mechanic has been added to inject extra thrills and immersion to the ‘tranquil love nest’ of Tweethearts. The bonus offers online casino players a chance to turn up to 6 base game symbols into Wilds to transform the reel grid into an epic winning zone.

The developer detailed that players can find even more excitement in the mobile-friendly slot through its Double Lucky Line bonus. A ton of free spins await anyone who can trigger this feature by landing double symbols on the centre line of the 3-row slot.

Global Operations Director for Microgaming James Buchanan noted in his company’s press release that the tender title also offers 10 additional free spins for those who can land 5 extra free spins symbols. To top it all off, Buchanan also says that players will be rewarded with an extra spin for every Free Spin symbol they manage to collect, up to a maximum of 25 extra spins!

The spokesman further added that Tweethearts is the 15th game developed by Just For The Win exclusively for Microgaming. He praised the title’s colourful graphics, mesmerising ambience and serene soundtrack, which he says creates a charismatic and memorable gaming experience. This new slot, he says, will entice players of all walks of life through its scintillating features and adorable theme.

Johan Persson, CEO of JFTW, is also excited to see players’ reactions to the new release. He described it as a vibrant online slot that whisks players away to the heart of a hidden jungle to sneak a peek at the lovebirds that live there. According to Persson, the free spins feature is exceptionally lucrative too, offering up to 2,500x your stake in a single spin!