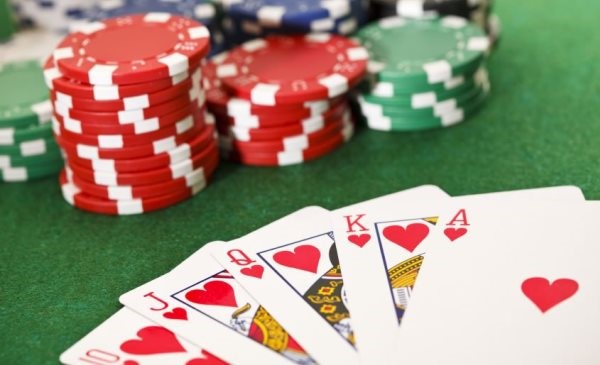 In quite an ironic twist of fate, the Poker rooms at many of the top casinos in Las Vegas have been replaced with slots games. The bright spinning reels were first introduced to entertain the female companions of the men playing serious games like Poker, but now they have taken over their position.

Popularity in Poker games has been falling for some time, although it is less obvious at online and mobile sites than it is offline. There seem to be many reasons for the decline, but things may soon be looking up for the card game.

Following strict new legislation, the big online Poker rooms have withdrawn from Australia and the Czech Republic. New laws in America have also led to the leading sites closing down, and all of this has had a huge impact on players in online and land-based games.

Without the opportunity to attract new players and entertain existing members, Poker companies have cancelled many of their sponsorship deals. In turn, this has made them less visible and numbers at the physical rooms of giants such as PokerStars have also dwindled.

Without being able to see their heroes in various campaigns and games, many players have lost interest in the game. Competitive Poker is still prospering, but recreational players are at an all-time low. This is the issue that Poker companies are trying to address.

Not all the latest statistics on Poker playing are bad. Industry giant 888 reported a 26% increase in active Poker days in its H2 results at the end of 2017, for example, but perhaps more importantly there are some exciting new game variations being introduced.

Itai Frieberger, Chief Executive Officer of 888, has said that the new games are aimed at attracting recreational rather than competitive players. Given the fact that competitive amateurs are moving away from Poker and that this is the likeliest reason for its decline, the focus makes sense. Titles in the series include Blast, Snap and Flopomania.

In Flopomania the traditional pre-flop has been removed, while Blast is a small tournament that unusually allows players to win a jackpot prize. In Snap, players move to a new version of the cash game the moment they fold. The new games are quicker so the action flows faster, and are expected to make the game more relevant and fun for recreational players.

While 888’s new Poker titles should be profitable for the company, the shift is not limited to their games. The commitment to reigniting the love of Poker in recreational players can be seen across the industry. PokerStars, for example, is also developing a wide range of new products to compensate for the losses that it incurred with the new US regulations.

The newly-launched Poker games are not without their critics. In particular, Unibet Head of Poker David Pomroy has said that the new games make Poker less about skill than luck. PartyPoker is also using a different strategy to attract recreational players; rather than new games, their focus in on abolishing seating scripts and BOTs, all while focusing on their existing Poker titles.

While opinion on the best way to revive the love of Poker seems to be divided, the overall good news is that it is happening. Whether this extends to land-based games remains to be seen. In a very real sense this could depend on where the games are being played; land-based games are now the only option in Australia so could easily find favour, while in Canada the new online options might be more than enough.