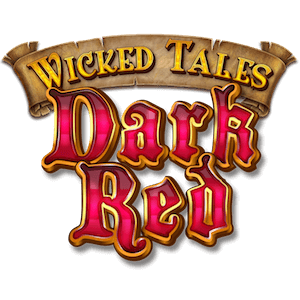 Microgaming is well known in the online casino industry for delivering some of the best slots available and it looks like their new release, Wicked Tales: Dark Red is once again set to impress. With astonishing graphics and amazing user-friendly designs being their forte, when the company reveals a new title, the world pays attention. Triple Edge, an independent developer, likewise has a great reputation for creating quality online casino games. So, when the two companies partnered, impressive things were anticipated.

The world was not disappointed, as 2 ground-breaking games were released, both of which received acclaim. The 2 titles were Halloween and Playboy Gold. Both were noted for their clever use of existing source material, and both managed to make impressive use of the licensed franchises. But a third release was rumoured, and all eyes turned to focus on the two titan developers, awaiting the results. Now, with the new mobile optimized game finally revealed, the wait seems to have been worth it.

The first obvious aspect of Wicked Tales: Dark Red worth noting is that it is not based on an existing license. Instead, it is entirely original, which came as a surprise to some. But just because it is original, it doesn’t mean it isn’t still impressive.

On the contrary, it shows all the expected signs of being from the two top developers. The graphics and artwork all but jump off the screen, showcasing the dedication of clearly talented developers.

More interesting still is that the slot is horror themed, set in a dark, fog filled world of monsters, wolves, and brave hunters. The idea seems to have been to capture the classic horror tales of old, which has been done exceptionally well. Fans of horror themed titles will certainly be pleased. Plus the dark, gloomy soundtrack inspires images of ghosts, ghouls, and things that go bump in the night.

Wicked Tales: Dark Red is a 5 reel, 25 payline slot. This in itself is noteworthy, given how many developers tend to lean towards the philosophy of more paylines being the way to go. In contrast, the new release has settled for a more sober number of paylines, which means a more strategic approach from players.  The most touted feature is the Wandering Reels system, which provides an unpredictable, edge of the seat experience. This is combined with Jumbo blocks, which occupy 3 reels in total. Obviously, massive wins are possible with the Jumbo Blocks, system, providing multiple chances to win off a single spin.

In terms of bonuses, the Wolf’s Wheel Bonus Spin is what players will be hoping for, which is triggered by matching three full moon symbols. The big wins however, will come via the impressive bonus game. Landing 3 treasure chests will trigger the bonus round, which is a classic pick and click system. Leather pouches will grant bonus cash, while an axe symbol will protect against the savage werewolf, and prolong the bonus game for even more winning potential.

All in all, another great experience from Microgaming and Triple Edge.