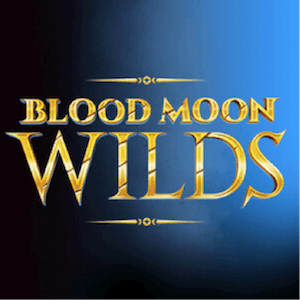 It’s that time of the year again, and we simply cannot get enough of the Halloween theme as we slowly approach the old trick-or-treat. And if tricks and treats on the streets and ladies doing their magic adorned in black and pointy hats is your idea of fun, then be sure not to miss out on Yggdrasil Gaming’s latest all hallows eve-themed online and mobile slot game, the thrilling Blood Moon Wilds.

Almost as exciting as the title and theme itself is the backdrop that forms the background scenery to what unfolds right in front of one’s eyes once the game has been launched. The village scene is eerie with just a touch of mystery and it becomes a right epic tale as the visual is transformed into a pack of treasure-mad werewolves hunting for all that is gold and glitter by the light of the Blood Moon.

By The Light Of The Lunar Dial

The ultimate highlight during base gameplay is without a doubt the Lunar Dial appearing at the very top of the screen whenever the slot is in play. The dial displays various stages of the moon, and whenever it lands on the full moon phase during the base game, it’s time for some pretty amazing wins as this is when all of the high-paying villagers appearing as symbols on the slot’s reels are magically transformed into wild symbols.

The mobile slot’s action is ramped up even further whenever three or more of the free spins bonus symbols land anywhere on the reels. When this happens, a blood moon of crimson red will instantly replace the full moon on the Lunar Dial and all high-paying villager symbols will once again turn wild. Better yet as that the newly transformed wild symbols will at this point turn sticky and will remain fixed into position for the duration of the free spins feature.

Blood Moon Wilds isn’t the first slot to be released just in time for Halloween by Yggdrasil Gaming. The slot follow’s hot on the heels of the recently released Lilith’s Inferno. The game is the first to be developed by AvatarUX Studios under the YGS Masters umbrella and needless to say, is already a smash hit among players.

AvatarUX in February of this year become the 4th official independent developer to have been initiated into Yggdrasil’s YGS Masters programme.