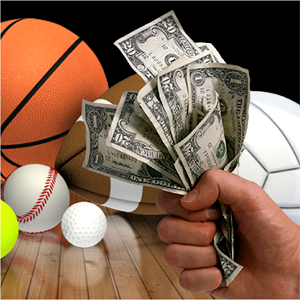 Casinos and sportsbooks in New Jersey saw record-breaking revenue state-wide in September this year. Last month’s was the biggest monthly total the Garden State has seen since wagering was legalised back in June 2018.

Steve Callender, the President of the Casino Association of New Jersey, stated that September’s totals mark 16 successive months of increased gaming income for Atlantic City gambling venues. He reported gains in both tourism and sports betting over the summer period, with takings an incredible 16% higher than they were this time last year. He expressed his confidence that the trend will continue into fall when all the major sports events start happening. The list includes the US Open and the Major League Baseball World Series, both of which will no doubt see a significant spike in betting.

It has been one year and four months since sports betting became legal in the state, and US$4 billion+ has streamed into online and retail bookmakers over this period. There was a jump of 142% in wagers being placed in September, which is amazing when you consider that stakes garnered almost US$184 million in the same month last year.

These bets totalled almost US$38 million in income, which is an increase from almost US$24 million in September 2018. This also marks a new record, beating as it does the almost US$32 million collected in March 2019, which enjoyed a notable boost thanks to the NCAA March Madness Basketball Tournament.

Lead PlayNJ.com Analyst Dustin Gouker called the growth of New Jersey’s handle staggering but expressed concern about how sustainable this growth is going forward. He predicts that while this upward trend may well continue, it probably won’t keep rising so sharply.

The Garden State vs Sin City

These figures have been revealed as the fast-growing sports betting market that is New Jersey starts challenging Nevada for the title of Nationwide Leader of the Betting and Casino Industry. It seems, however, that there will still be a pretty significant difference in the states’ revenue totals. Nevada produced US$570 million+ in September of 2018.

Gouker weighed in on the topic, saying that the massive popularity of Football betting in the Silver State could see it continue to dominate New Jersey in September. But he pointed out that, whatever happens, last month’s figures have proven that wagering on American Football games is becoming a mighty popular pastime for New Jerseyites and that this trend is likely to continue apace.