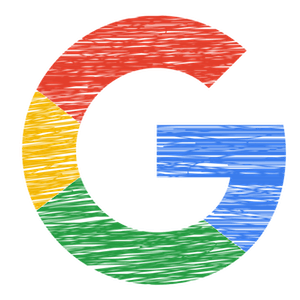 Google confirmed in its recent update that New Jersey sportsbooks would be able to promote their services through the multinational technology company’s ads.

The NCAA college-level Basketball tournament March Madness saw betting hitting record highs in the state. More than US$106 million was wagered over the course of the event, almost 3X what Super Bowl betting brought in during February. According to April figures by the New Jersey Division of Gaming Enforcement, just US$34 million was wagered on the Super Bowl this year, but these will surely rise in 2020 with the new advantages that being able to promote betting will bring.

Gamers to Benefit Too

This gambling advertisement update has also been received with open arms by the NJ gaming industry. Lately, crackdowns on Video games featuring Loot Boxes have been rife, but that is all set to change as well. This feature, which allows players to unlock rewards after they make a payment, will now be allowed by Google as long as the apps explicitly state the case in their descriptions.

US Senator Josh Hawley recently introduced a bill to ban all Loot Boxes, and also imposed sterner regulations on Video games that offered these kinds of rewards. The Protecting Children of Abusive Games Act saw an uproar from the gaming industry, however. Popular trade groups described the stand as one devoid of any substance since Loot Boxes are not gambling.

A student group who took part in a University of British Columbia study who regularly purchased Loot Boxes was actually found to have a lower risk percentage for problems with betting. It was also revealed that the average monthly spend was less than US$20, with only about 10% of participants spending more than US$50.

Details on the New Rules

It is now clearly stated within the Payment Rules section that applications offering mechanisms to allow for the receipt of virtual items via a purchase must be transparent about how likely it is to receive these before payment is made. In short, the basic requirements for sports betting advertising states that businesses interested in advertising must be in possession of a New Jersey Division of Gaming Enforcement license. Additionally, advertisement information is limited to sports betting offers only, because Poker and casino games are still under proscription. And all sites have to be a part of the Google Network in order for ads to reach potential customers