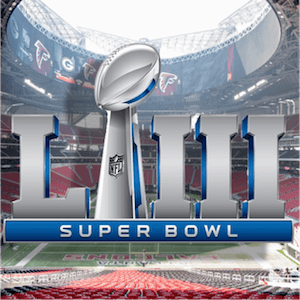 It has been 8 months since the PASPA ruling by the US Supreme Court, and with the first Super Bowl since the announcement set to kick off on February 3rd; CBS has announced that there will be no mention of gambling from the broadcaster.

The ruling nullifying the ban changed the face of sports betting in the US, and set in motion a chain of legalisation changes across states. 2018 saw several states legalise sports betting, with more expected to follow suit in 2019.

As a result, several sports leagues and teams have signed sponsorship and advertising agreements with major sportsbook companies. However, CBS, which is the official Super Bowl broadcaster this year has chosen not to allow any gambling references during its broadcasts.

Company chairman Sean McManus said that the company has no plans to alter its policy of not mentioning anything gambling related during its broadcasts. He went on to explain that even though sports betting has been legalized in several states that is not the case for all. Therefor CBS will continue with its current policy, although that could change in time.

Super Bowl Sunday is the biggest sporting event on the US sport calendar and attracts billions in bets each year. The AGA (American Gaming Association) estimated that last years Super Bowl attracted over $4.7 billion in bets. Of these bets only some 3% were placed legally, and the balance, which amounted to approximately $4.5 billion was placed illegally with black market bookies.

Not only does this fund massive illegal gambling activity, but under the previous US laws, states were unable to implement taxes. With the new regulations in place states are receiving anything from 15 to 20% of revenues from sports betting providers, and this is a welcome boost to state coffers.

The Changing Face of US Sports Betting

While CBS has chosen to stand by its current policy, NBC has embraced the new era with open arms. The broadcaster has started to register domains such as NBCSportsBet and NBCSportsBetting, indicating that they may be interested in more than just broadcasting.

During the recent broadcast of the NBA’s Washington Wizards versus Milwaukee Bucks sports fans were provided with real time game data and stats for in-game betting. This may soon become the norm, as sponsors are stipulating exclusive rights to team data which they can use to attract more punters.