How Online Casinos are Influencing Blockchain 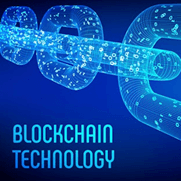 According to a report published by Blockchain decentralised applications tracker DappRadar, 30% of all activity seen on smart-contract cryptocurrency platforms, including withdrawals and deposits, are online and mobile gaming-based actions. This is significant within the context of the online casino industry and its anticipated influence on Blockchain as a whole.

Since it’s obviously a major revenue driver, it stands to reason that the future of Blockchain technology will to some extent be influenced by future iGaming tendencies and market occurrences.

No conversation about Blockchain and online casinos could be complete without considering the large disparity between the volume of online and mobile game titles available to the real-money industry vs. that catering also for cryptocurrency gaming.

The current availability and diversity of online casino games catering for Blockchain remains minute by comparison, and so, for Blockchain to reap real rewards from the iGaming industry, it will have to actively make its way further and with more intensity into the world of traditional online and mobile games.

Practically speaking, this means that developers will have to ramp up the speed at which Blockchain games are created and deployed into the market. Another gap desperately in need of filling is the creating of actual value in terms of the rewards offered by Blockchain titles. Blockchain already as it is significantly ups the ante, so to speak, making the Blockchain gaming industry the ideal sector for achieving an entirely new type of reward and growing of value created by playing online and mobile games.

Blockchain remains an attractive concept and form of currency for online gaming, and most forms of online transactions because of the anonymity and cyber-security offered.

Traditional forms of payments will remain options for most online casinos because of the importance of offering to customers several options instead of only a select few, but digital currencies are likely to assume progressively more leading positions of standing and frequency of use as people become more familiar with the technology.

In its own unique way, Blockchain has influenced certain online consumer trends – not at all unlike the way in which online gambling has, and will continue to influence the development, spread, and even the technology of crypto.

The online casino world is progressive and influential, neither of which is likely to change anytime soon.