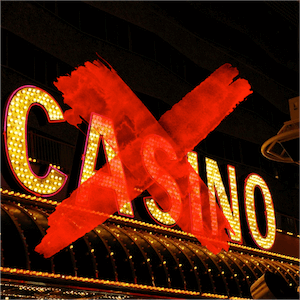 This past weekend, Metro Hall in Ontario, Toronto, was abuzz with interested parties and concerned citizens trying to get to the bottom of comments that had been made by Premier Doug Ford concerning the future of Ontario Place. The park, which previously included a theme park, is situated on the shores of Lake Ontario, adjacent to Exhibition Centre and just south-west of downtown Toronto.

Hundreds have in the recent past voiced their concerns regarding the future of the park, as the location is in desperate need of re-development. The fact that Ford had alluded to the fact that a casino development might provide the location with a much-needed boost in terms of income as well as publicity, has only served to create more questions and tension. Some believe that the location should remain a family-friendly destination and that there is no place for the casino industry in that particular equation; others, mostly more open-minded individuals, are of the opinion that a prime gambling destination is just what the doctor would have ordered for the region and its local economy.

Ford Has A Valid Point

Last Saturday’s rally, which took place at Metro Hall, was organised by Waterfront for All, a non-profit organisation, and afforded everyone the opportunity to come and say their piece about the future of the park.

According to Ontario Place Chairman James Ginou, there may be validity to Premier Ford’s suggestions yet, especially in as far as they relate to the construction of a major shopping mall and casino resort. Ginou has said that this would bring the necessary funds in the direction of the location, as many investors had already expressed an interest in that kind of development.

But as mentioned earlier on, not everyone agrees.

A Bid To Keep It Natural

Some of the attendees did voice opinions directed at whether or not a casino complex would affect the family-friendly nature of the area, but instead, were concerned about the disruption that a large commercial development would cause in terms of the lake and the natural surroundings. The water had on more than one occasion been declared safe for human interaction, and the venue is perfect for water-sports, swimming, and the likes.

The majority vote was in support of preserving the area in its current natural state.