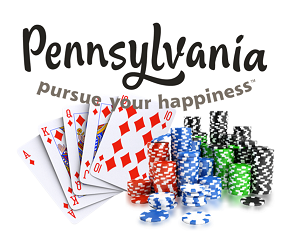 An unprecedented boom in revenues is anticipated in Pennsylvania now that online gambling has become legalised in the state. This was formalised at the end of October when Pennsylvania Governor Tom Wolf signed a new bill that will enable rapid expansion in this market going forward.

As well as making Pennsylvania the fourth US state to legalise online gambling, this bill has made other substantial changes to gambling legislation in the region. In addition to 10 new licences for satellite casinos becoming available, the bill has cleared the way for casinos to be opened at truck stops and airports across the state.

Changing Face of US Gambling

Pennsylvania is now also the first and only state in the US to allow its state lottery to operate online, which rakes in US$1 billion in profits on US$4 billion in sales. The existing gambling industry (made up casino gambling, the state lottery, horse racing, Bingo, and small games of chance in taverns) already contributes US$1.4 billion in taxes – the highest amount of any state in the country. It is hoped that the expansion enabled by this new legislation will serve to cover the Pennsylvanian government’s current US$2 billion deficit.

Pennsylvania Governor Tom Wolf has explained the prevailing economic wind that brought this bill into being, saying that there had been pressure from a lot of places in the Commonwealth to expand this, and that they did need some recurring revenue.

Pennsylvania casinos will now be able to apply to operate interactive gambling parlours in eight local airports, including those in Pittsburgh and Philadelphia. At the same time, qualifying truck stops will be allowed to operate up to five video gaming terminals.

A Bid for New Casinos

More significantly, 10 of Pennsylvania’s 12 existing land-based casinos will now be able to bid on licences to operate new satellite casinos. The cost of these licences will start at US$7.5million. For a casino limited to 750 slots and 30 table games, an additional table games certificate priced at US$2.5 million will have to be purchased.

Of course, a primary concern among those opposed to the bill is the risk of the industry collapsing in on itself as it becomes oversaturated. To prevent this and to avoid conflict in local communities, the state has added several conditions to this expansion. Local municipalities and counties will have the option to prohibit casino operations within their borders and the 10 new licences may only be purchased by existing casino owners, who are to erect the satellite casinos at least 25 miles away from existing venues.

Those opposed to the bill nevertheless remain concerned that it was passed too quickly, increasing the number of unforeseen consequences that could rock the industry. There is also concern over alleged “sweetheart” deals given to certain casinos in this process, but for now, it’s a step forward in what many consider to be the right direction.