Player Wins $1m Without Realising It 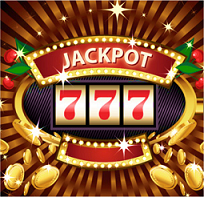 It was this month when a lucky player at Rizk Casino struck an incredible £1 million jackpot on the Megajackpot Cleopatra slot game from IGT. However, in a move that has shocked and amused many, the winner in question kept on playing without even realising that he had just become a millionaire!

The 45 year old player was playing his game of choice at the mobile casino when the jackpot struck, and, according to reports, he simply did not believe that the big win could have happened to him.

It was revealed that this is a common misconception among players, who may feel that they haven’t been playing at their mobile casino long enough to strike a huge win – although at least 50% of the biggest winners are either beginners or have been playing for just a few months. The player signed up just a month ago on his mobile, but still managed to land a massive prize.

Many Players Believe It ‘Could Never Happen To Them’

Casino Experts also revealed that players often think they can’t win because they have played a slot plenty of times and won no real cash. The lucky winner had been happily playing Cleopatra Plus before switching to the Megajackpots Cleopatra slot, on which he had won his fortune.

He also revealed that his favourite slots are actually Gonzo’s Quest and Wild Turkey, stating that ‘it’s not all about the jackpot’ – and as he wasn’t looking for jackpots, he wasn’t expecting them to hit!

The player commented that when he won the massive jackpot on Megajackpots Cleopatra, he saw some fireworks on the screen and the £1 million amount pop up. However, the only thing he was thinking about is that that sort of thing ‘doesn’t happen to [him]’ and that somebody else must have won the prize, so he muted his game and continued to play.

Regardless, he plans on returning to the casino, and will keep playing, as you never know when you could win again! As for his winnings, the lucky player has only told two of his colleagues and two family members, and plans to renovate his apartment and perhaps even go on a trip to Australia.