Playtech Takes The Matrix to the Reels 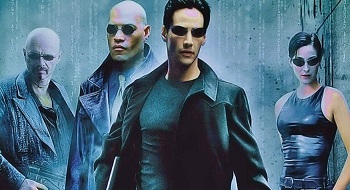 The Matrix is a cult-classic 1990’s sci-fi movie that almost everyone has heard of – including the majority of Canadian online casino players! Now, UK-based slots developer Playtech has brought the smash hit to life with a brand new slots game, having launched at the developer’s casino partners worldwide.

The Matrix online slot from Playtech is filled with special effects and lingo straight from the film itself, and even contains real footage from the movie for an even more authentic experience. The movie may be old, but its effects and ideas were all too modern, and Playtech’s newest slot is expected to appeal to a whole generation of Millennials whose imaginations were fuelled by the sci-fi creation.

Set in a familiar background filled with the strange green letters that make up the matrix, Playtech’s new slot draws its inspiration straight from the feature film. The game’s reels are filled with Mr Anderson – more commonly known as Neo – as well as Morpheus, Trinity, and Agent Smith, along with sleek sunglasses, black cats, and other familiar icons.

This may be enough for any Matrix fan, but Playtech has gone to every measure to recreate the movie in slot form. The slot’s special scenes are all footage cut scenes from the movie, including unforgettable moments like the one in which Neo’s future changed forever when he chose between the red and blue pills.

The Matrix plays across 5 reels and 50 paylines, with a theoretical RTP of slightly above 95%. Its main draw-card is a free spins bonus feature, which is triggered by three or more free spins symbols. From there, players can choose from two different options: 8 free spins with extra Agent Smith symbols on the reels, or unlimited free spins with Sentinel wild symbols.

In the Sentinel free spins, wilds will lock in place and be removed from their spaces when the special symbol appears, and the bonus game will only end when six or more wilds appear on the reels at once.

Furthermore, The Matrix also offers the creative Déjà Vu Shuffle feature, which will be triggered randomly in the base game. Reels 1 and 5 will become completely wild and all other symbols will move to create their own paylines – and of course, the movie’s explanation of déjà vu is also featured as a cutaway scene.

Playtech’s The Matrix slot comes as a refreshing flashback from the 90’s complete with classic sci-fi action and big winning potential. Players and fans who are keen to spin its reels can now find the real money slot at a variety of Canadian online and mobile casinos.