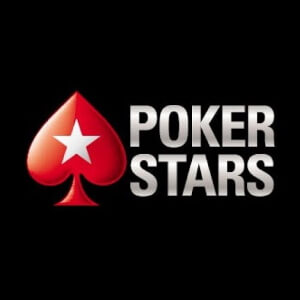 PokerStars will have to cough up a $1,000 penalty fine after a self-excluded player managed to still burn their way through more than half a million dollars via the online and mobile casino giant’s platform. The incident was reportedly brought about by a technical glitch that allowed the self-excluded customer to continue gambling despite the exclusion instruction.

According to local regulator the New Jersey Division of Gaming Enforcement (NJDGE), the $1,000 penalty falls under the provisions of a civil penalty imposed for an operator’s failure to prevent self-excluded players to access games on PokerStars’ New Jersey site.

The Notice of Violation issued to PokerStars reportedly confirms that the glitch allowed not one, but two players to access the platform following self-exclusion requests. Only one of the two players actually gambled, according to the official notice.

As for the player who did proceed to gamble on PokerStars’ New Jersey online and mobile casino site, a request to self-exclude had been logged with the operator during September of 2018. Although the initial request was logged in the form of a six-month cool-down period, the customer then proceeded to log a complete self-exclusion request from the poker and casino site in February 2019.

Then, in July of 2019, when the customer contacted the PokerStars support team with a request to reactivate his account, the team actioned this request based on the fact that the initial 6-month exclusion period had run its course. A glitch on the platform had according to mobile casino Canada brand PokerStars created a failure in terms of the placing of a permanent self-exclusion flag on the player’s account.

Following the erroneous reactivation of the player’s account, he proceeded to gamble for a period of 10 months – between July 2019 and April 2020. Over this period, he reportedly deposited around $11,450, cashing out only $112.97. He wagered nearly $550,000 in online casino wagers, and in excess of $91,000 in online Poker and mobile casino spend during the 10-month period.

According to the details contained in the official New Jersey Notice of Violation, the self-excluded gambler deposited a little over $16,000 in profit into PokerStars’ pockets during a self-excluded period of time. In addition to the fine, PokerStars was also ordered to forfeit the $16,000 it had made in estimated profits.

PokerStars reported the incident to the New Jersey Gaming regulator in May 2020. The online and mobile casino Canada operator had by that time already frozen the player’s account.