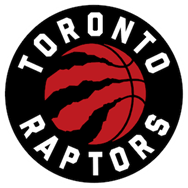 An all-women broadcast crew will provide on-air commentary for the game between the Toronto Raptors and the Denver Nuggets on TSN on 24 March. The Raptors announced the all-female crew, whose commentary should provide unique perspectives for fans, whether they’re sports betting or not, in honour of International Women’s Day earlier this month.

According to the NBA, the national women’s team’s Kia Nurse will analyse the game, while Meghan McPeak will deliver play-by-play commentary. Kayla Grey, a TSN host and reporter, will cover sideline duties, and Amy Audibert and Kate Beirness will provide analysis in addition to hosting the production.

Along with those duties, the crew will join Ryerson University sports business programs students for a virtual panel, and they’ll be involved in other virtual events in which they’ll shed light on their experiences.

This isn’t the first time some sports betting Canada fans will have heard commentary and analysis by an all-women team while watching a game on which they’ve placed bets. In March 2020, an all-female crew provided commentary for a Calgary Flames – Vegas Golden Knights NHL game.

The Raptors organizational diversity and inclusion vice president, John Wiggins said the team wanted to emphasise the importance of recognizing women’s many roles in pro sports. He added that bringing the broadcasters together highlighted the individual contributions of women.

Wiggins said that he hoped that girls at home who watch the game and see the crew will be encouraged to believe that they can also play a role in sports.

The Raptors’ announcement came as good news at a time when the sports betting Canada favourites has experienced mixed fortunes. More good news from the team was that up to 3,500 fans can attend home games at Amalie Arena in Tampa, Florida, from 19 March. Fans have not attended games at the arena since January, due to the COVID-19 pandemic.

Health and safety protocols also resulted in the absence of starters OG Anunoby, Pascal Siakam, and Fred VanVleet, as well as Patrick McGraw and Malachi Flynn. Those players’ absence wasn’t the only bad news for fans of the team. As some sports betting fans will know, Charlotte Hornets beat the Raptors 114 – 104 earlier this month.

According to reports, head coach Nick Nurse said he did not know when the absent players might return. Hopefully it will be before the team faces the Nuggets on 24 March, and, as some sports betting Canada fans are surely hoping, it will make all the difference to the Raptors’ performance.

Looking for a reliable brand for betting on sport? We recommend MyBookie. Click here to place bets on under/overs on the latest NBA games.