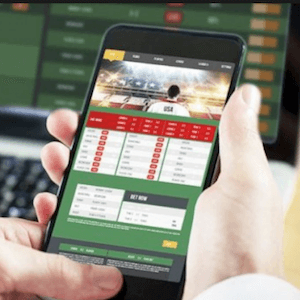 The US state of Rhode Island will soon be expanding its regulated sports betting industry with the launch of mobile wagering services to local residents. State governor Gina Raimondo recently gave the green light to a bill that effectively legalizes the popular channel within Rhode Island’s borders.

Introduced at the start of this year by Senate President Dominick Ruggerio and House Speaker Nicholas Mattiello, Bill S37 seeks to implement standardized measures to allow certain casinos to launch mobile sports betting services. The establishments included in the bill are the Twin River Casinos in Lincoln and Tiverton, according to recent media reports.

Both establishments are already licensed to offer land-based sports wagering services under laws that were put into effect in June last year. However, Rhode Island has recently been pushing to expand its wagering market even further, hence the introduction of a bill that will permit mobile services to be regulated and offered by select reputable operators.

Raimondo’s approval of the exciting new bill has also closely followed approval of the legislature from the Rhode Island House and Senate earlier in 2019. Once the law officially comes into effect, players who have registered at one of the two Twin River venues in person will be able to place real money bets on sports events within state borders. The services are expected to be supplied through the development of exclusive mobile apps for smartphones and tablets.

Both casinos will reportedly be required to implement geolocation technology in order to ensure that their players are indeed wagering within Rhode Island’s borders as well. Mobile wagering platforms will be operated using a server-based system located on the premises of the establishments themselves, which Bill S37 says are on the same legal level as placing physical bets at the casinos’ floors themselves.

Tax Rate Set at 51% for Venues

When it comes to taxation, the William Hill and IGT conglomerate the powers sports wagering in the state will forward 51% of all wager revenues to the state. This is in line with the current land-based sports betting tax rate in place. Another 32% will be diverted to the vendors themselves, leaving 17% of the proceeds for the host facilities to pocket.

Rhode Island’s regulated betting market was officially launched in November 2018. The two Twin Rivers venues in the state are currently working with IGT and William Hill to offer the services under a deal inked by the three organizations in August last year.