And then the world entered the age of the remake. When Hollywood got the idea to improve, and the term is used loosely, cult films such as Ghostbusters and the Rocky Horror Picture Show, the world should have sat up and taken notice.

It didn’t and, somehow, we have slipped into an era of trying to reinvent the wheel, rather than develop flying cars. At least, that depends at which side of the tech spectrum one looks.

Mobile tech has seen some exciting developments in 2017, even if one of those was the result of one of Asia’s biggest manufacturers of Android smartphones and tablets trying to save face after a series of unpleasant events involving exploding mobile devices. Here is a round up of the top mobile tech of 2017.

It turns out there is more to Snapchat than ridiculous filters used to add cartoonish animal features to faces and cover naughty bits with oversized emojis in selfies. Snapchat Spectacles were launched in late 2016 – late enough to qualify for a round up of this year’s best mobile tech.

Available at vending machines, these spectacles are not only stylish, they record video too! They are easy to set up, easy to use, and the videos they record are of surprisingly good quality. However, users with prescription spectacles may have a few difficulties using the spectacles (although the videos they produce may be gems of unintentional comedy). Also, the quality of videos filmed during the day or in bright light is much better compared to videos filmed in dim light or at night.

Samsung obviously felt it owed the world something after the high drama that was the Galaxy Note 7, and that something was the Samsung Galaxy S8. While some of its features were not quite ready to go when it was launched, the smartphone does impress.

Smaller bezels and a curvaceous display make it perfect for playing all the latest mobile casino games and watching movies, while its high-quality camera and extended battery life add to the appeal. It is true that a few of the features had to be ironed out after its launch, but the Galaxy S8 shows that Samsung is determined to go where smartphones have not gone before.

Arguably one of the most useful – and inspiring – of all of 2017’s best mobile tech, eSight 3 helps visually impaired people see using augmented reality. It takes the form of a visor that fits over the eyes.

In the visor is a HD camera and a couple of OLED video displays. A live feed video of what is directly in front of the wearer is shown on the displays, but that it not all. The headset is also capable of navigating like a GPS, as well as reading text. 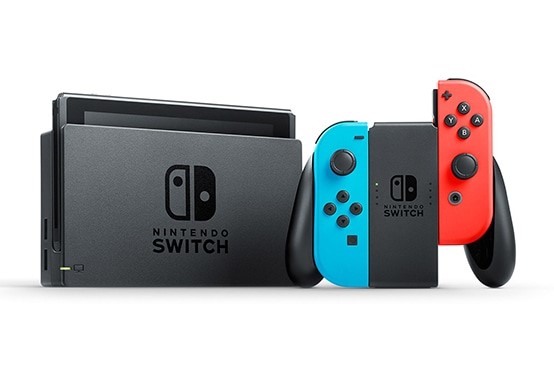 A fully portable console with all the top-quality functionality gamers would expect from the company that gave the world the Mario Brothers, the Nintendo Switch is the epitome of versatile gaming.

In its cradle, the Switch becomes a console connected to the user’s TV. Held in the hands, it becomes a powerhouse for gaming on the go. With the motion sensors taken off the sides, and with its prop out, it becomes the perfect console for gaming when seated at a table, whether that table is in a bedroom, a dining room, a restaurant, or at a picnic area at the beach.

With such exciting mobile tech released in 2017, we can only imagine what 2018 will bring, and are looking forward to new developments and innovations.