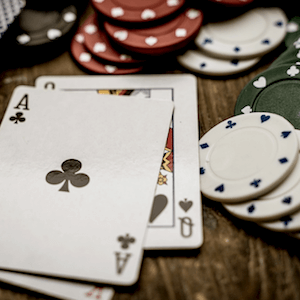 One of the more unusual stories has been playing out in the world of professional Poker. United States pro, Rick Salomon, has been on a mission to claim a multi-million dollar debt he claims is owed to him by a Saudi Sheikh. He filed a lawsuit with the French court, insisting that the amount of $2.8 million was owed to him by Saudi sheikh Raad al-Khereiji. But the case has been thrown out, leaving the poker pro with empty hands.

According to Salomon, the debt was incurred during a private Poker game that took place in the French Riviera in 2014. He claims that Khereiji had suffered a serious losing streak during the proceedings, racking up nearly $3 million in debt. But when it came time to pay, the sheikh had insisted that his lawyers would be in touch to settle the amount. Though, this never happened, Salomon insists, leaving the amount unpaid.

In elaborating, Salomon says the sheikh’s lawyer did contact him, but only to express that Khereiji had believed the game to be friendly, with no real financial consequences. The Poker pro disagreed, taking the matter to the French courts. But, as it turns out, the verdict delivered earlier this week was not in his favour.

It turns out that a French law has been standing since 1804, which was the ultimate decider on the matter. The law clearly states that gambling debts only fall under the jurisdiction of the court in very specific cases. Namely those that involve foot or horse races, chariot races, matches involving weapons, and other physical activities based around skill.

But even with this ruling being handed down, the matter may yet not be settled. The Poker pro’s legal team had banked on the concept that Poker was indeed a game of physical skill, given that it had lasted nearly 48 hours. The court did not agree.

But this does not necessarily mark the case as closed, given that there is room for an appeal. Though as it stands, a decision has not been made on this possibility.

Meanwhile, Paul-Albert Iweins, representing sheikh Khereiji, was verbal about the victory. He emphasised that the matter should never even have entered a French court. This was, according to him, not only because the debt was an imagined concept in the first place, but also because it is well known French courts will not hear debt issues related to gambling.

If the case continues remains to be seen, but it has certainly been one of the more unusual cases in the world of professional gambling.