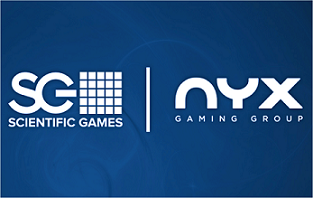 Las Vegas-based iGaming developer Scientific Games recently announced that it has purchased a significant stake in fellow online gambling group, NYX Gaming. Scientific Games (SG) has acquired a 10.72% stake in the latter company, which it revealed in a press release late last week.

The company explained that it has purchased 11,600,000 ordinary shares in NYX Gaming at prices that ranged from CAD$2.22 to as much as CAD$2.35 per share. The total cost of the purchase came to over $27 million in total, and according to SG, before this acquisition it did not directly or indirectly own any ordinary shares in NYX.

SG and NYX have now announced an amendment to their proposed merger, noting that should the acquisition of NYX not be approved by the developer’s shareholders, Scientific Games will be able to prompt a contractual takeover offer for the firm at the same proposed acquisition consideration of $631 million.

NYX Gaming has also agreed to waive the standstill with SG that is written into the agreement between the two firms. This will allow Scientific Games and its iGaming affiliates to purchase any securities – ordinary, preferred, or other equity in nature – of NYX and all of its own subsidiaries.

In a statement revealing these developments, SG noted to the public that this move has reaffirmed the two companies’ commitment to join forces and move forward in the iGaming industry together.

The proposal of a merger has followed British bookmaker William Hill filing a request with NYX that asks for its convertible preference shares to be converted into ordinary shares. This was requested to be done no later than December 4 this year, and would enable William Hill to vote with regards to the pending $631 million acquisition of NYX by Scientific Games.

This conversion would give William Hill a 32% share of voting stock in NYX, allowing it to cast its vote either for or against the deal. Several reports have noted that NYX’s shareholders, including William Hill itself, may face massive estimated losses of $50 million through this conversion option – but William Hill is apparently willing to take those losses head on in order to retain its stake in the developer ahead of the potential regulation of sports betting in the US.

Both NYX Gaming and Scientific Games are now in figurative combat with William Hill over its proposal, and have filed anti-trust lawsuits against the UK-centric bookie. The companies have claimed that the bookmaker is aiming to thwart future competition in the US gambling industry should betting and gambling be legalised nationwide over the next few years.