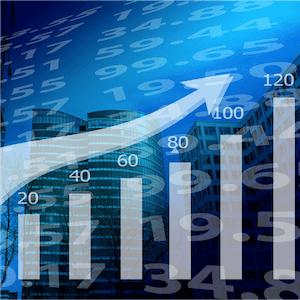 In its final financial report for 2017, Vegas-based international gaming conglomerate, Scientific Games has announced a 9% revenue increase during Quarter 4 of last year.

The report reveals that the NASDAQ-listed supplier of gambling products and services posted US$823 million revenues for the fourth quarter of 2017. This is up from the US$752.2 million brought in during the same period in the preceding year.

As the aforementioned report shows, Scientific Games’s 9% fourth quarter overall revenue increase is comprised of increases in all of the company’s various sectors and divisions. These include the gaming segment, the lottery segment, and the highly lucrative interactive division.

Gaming segment revenues rose 7% to US$492.5 million, whilst there was a 9% uptake in lottery revenue to reach US$217.2 million. The greatest revenue growth, however, was seen in the Scientific Games interactive division, which brought in US$113.3 million (up by 24% from 2016) during Quarter 4 of 2017.

Meanwhile, attributable earnings before interest, taxes, depreciation, and amortization (AEBITDA) rose by 11% year-on-year, up from its high of US$293.5 million in 2016 to US$324.5 million during the same period last year.

Scientific Games issued a statement along with the report, in which CEO and President, Kevin Sheehan asserts that the company’s Quarter 4 2017 results are indicative of the advances made in terms of AEBITDA, revenue and operating income growth across all business segments over the period.

Alongside the Quarter 4 report, Scientific Games has also published its full-year financial figures for 2017. These full-year figures show a 7% year-on-year increase in revenues, for total revenue of US$3 083.6 million last year.

In the report’s accompanying statement, Scientific Games Chief Financial Officer, Michael Quartieri explained that, thanks to the company’s improved performance, it was able to successfully refinance a portion of its capital structure in 2018. This has made the cost of capital considerably lower and will increase future cash flow.

Both Quartieri and Sheehan expressed Scientific Games’s belief in its potential to build on these successes in 2018 and for many years thereafter on its committed path to growing and deleveraging the company.