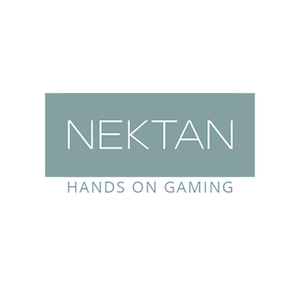 Nektan is a well-respected technology provider with a focus on mobile gaming. The company is still relatively young, despite having gained the respect of major players in the digital gaming market. Having already been making major moves in recent years, the firm has now announced that it will be bringing on board a new chief financial officer. The man in question is Simon Hay, and his qualifications are not to be taken lightly.

A glance at Hay’s resume will reveal that he was a Finance Transformation Director at corporate giant GVC Holdings. But this is only the start of a lengthily and impressive list of references. He will be officially taking up the new roll at Nektan on June 17th. Expectations will clearly be high that the man will inject a great deal of expertise into the company. Though this is certainly someone that can deal with lofty expectations, and deliver where results are needed.

Hay is officially listed as being a chartered accountant. He received his qualifications from KPMG, which is well known as one of the big four auditing companies in the world. Alongside Deloitte, Ernst & Young, and PricewaterhouseCoopers, KPMG is about the most respected financial entity that an accountant could work for. Simon spent much of his career under the KPMG umbrella, adding a great deal of credibility to his name. While working for KPMG, he held significant roles in auditing, as well as company restructuring and deal advisory. His has likewise held the official title of strategy manager for globally traveling airline and travel company Thomas Cook.

Speaking on the appointment of Simon was Lucy Buckley, who took up the role of CEO in October last year. She spoke on behalf of Nektan, announcing that the company could not be happier welcoming such a highly qualified accountant through their doors. She went on to declare that it was a very exciting time for the firm, with rapid growth being enjoyed. Sustained profitability had also been achieved, she declared, paving the way for even bigger moves to be made in the near future. Hence the assignment of the new, highly qualified CFO.

Buckley went on to make clear that the biggest benefit of the new accountant was his expertise in dealing with international and foreign entities. She pointed to the fact that Nektan had its eye on growth over the ocean. In other words; focus was being turned on expanding into new global territory, and the new CFO’s expertise in easing the expansion process was extremely valuable. She concluded by stating that Hay would provide key assistance in helping the quality products the firm provided go global, ultimately reaching corners of the globe previously untapped.

So, it seems that much stock is being put on the new chief financial officer helping Nektan stretch across the oceans. The man certainly has the skills required to do so, but how his performance shapes up remains to be seen.