Skill-Based Gaming On The Rise 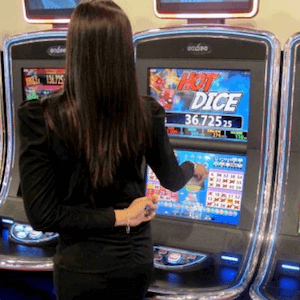 There’s a new type of game coming into play in the online casino industry that requires higher levels of player input. The trend of skill-based gaming may have been more systematic up to now, but its influence can no longer be denied, and operators and developers are starting to sit up and take notice.

The Synergy Blue trial recently undertaken by Caesars Entertainment is an excellent case in point, with the game provider’s products being readied for release at the Las Vegas LINQ Hotel + Experience. This test will see a mixture of Synergy Blue skill-based games placed on the casino floor alongside those created by one of the biggest operators in the world, and proves that this vertical is starting to come into its own.

Synergy Blue is a developer that specialises in creating arcade-style, skill-based applications, games, and platforms, but CEO Georg Washington explained that, in this case, skill-based should be seen more as skill-influenced.

This is not a question of semantics since this interpretation is a cause of concern for operators. If players build up sufficient levels of proficiency, would they not simply win every time they play and so wreck revenue models? And people also don’t want to feel that these titles are impossible to enjoy without sufficient levels of expertise.

The distinction is actually quite easy to make. In a racing-themed title, for instance, the more quickly a game is completed, the higher the possible rewards for players would be, rather than a perfect score being attainable once participants have figured out what to do. Also, racing games hold players attention better when different backgrounds are available, so including a classic speedway, a boulevard on the beach, or even a track set somewhere in space would serve to pique interest and keep people in their seats. This is a marked shift from the static background slots have sported until now.

Another strategy lies in immersing players more deeply in the action of the game by creating a quest with specific milestones that need to be reached so that they can benefit from additional rewards.

The Importance of Familiarity

As a new generation of gamblers enters the market, it’s also important that they can access products that don’t seem totally alien to them. To illustrate, traditional slots could be too intimidating for this group, but a title resembling PlayStation or Xbox games would appeal.