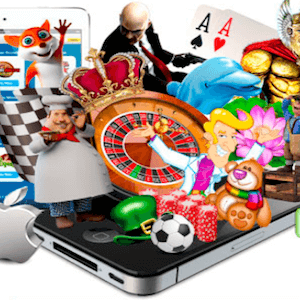 A recent study conducted by the Canadian Centre for Addiction and Mental Health has found a link between free gambling games, otherwise known as social gambling, and an increased risk of gambling problems in teenagers.

Children gambling has been under scrutiny, and a topic of hot debate over the last couple of months. The concerns that social games with a casino-like theme, and those that have an element of luck could increase the potential of young people developing problems, has led some countries to ban these products or elements thereof from the underage market.

The most notable ban being that of loot boxes in FIFA and Counterstrike. Up till now, developers have argued that statements that potential problems are exacerbated by such games have been unfounded.

However, the study’s findings now give credence to the original concerns.

The study, which was released earlier this month, found that of the survey respondents, 12% had played social casino-themed games. The entertainment in question was online Poker, online Slots and other similar options on platforms such as Facebook.

The centre utilized a specially created scale to determine problem behaviour in adolescents. The scale asks questions such as how often team sports have been forgone in favour of gaming, or how often certain activities had been missed. The result is that an astounding 50% of youngsters scored in the moderate to high problem categories.

The report is based on the 2012-2013 Youth Gambling Survey. Lead researcher Dr. Tara Elton-Marshall has warned parents and teachers to ensure that their children and learners are aware of these risks.

What Are Social Casino Games?

While traditional and real-money online casinos are regulated and do not allow gamblers under a certain age, a quick Internet search will produce pages of free casino games. Most of these are accessible on mobile devices, and many are on social networks.

These games involve gambling to score points and win prizes, but are not regulated because they do not involve money. This makes them easily accessible to anyone and free to play.