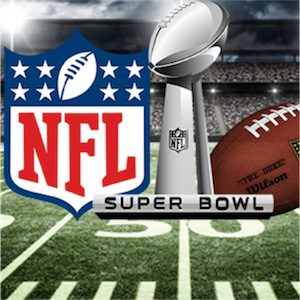 What was expected to be a bumper betting day has disappointed more than a few sportsbooks.

Super Bowl Sunday, the Super Bowl’s LIII match between the New England Patriots and the Los Angeles Rams, delivered on the field, but that’s about all.

The first match since the judgment that overturned the Professional and Amateur Sports Protection Act, making it legal to bet on sports, was expected to bring in close to $100 million in revenue.

Instead, the game attracted a mere $35 million in legal bets from New Jersey's punters. What’s more, is that multiple sportsbooks offered several promotions for the event, which together with the dismal betting numbers resulted in losses of around $6 million.

Both FanDuel and DraftKings felt the pinch when the Patriots took the game at 13-3. FanDuel had offered a promotional 53 to 1 moneyline bet, which punters could place on either team. Unfortunately for FanDuel most of the bets were in favour of the Patriots, which resulted in them paying out $5 million.

DraftKings bettors placed more bets in support of the Rams, resulting in the brand ‘only’ losing around $1 million.

It was not only New Jersey that had less than stellar bets, but Nevada experienced an 8% handle decrease. Traditionally 40% of the states monthly handle comes from the Super Bowl and it was predicted that it would enjoy an approximately $300 million handle post PASPA. However, the decrease produced results closer to $146 million $10 million less than last year and a far cry from predictions.

This is only the second time the state has experienced a year on year decrease on its Super Bowl handle. Nearby states did not fare much better with Delaware attracting a handle of just $2.2 million with wins around $600000, and other East Coast states taking small losses.

This has raised the question if punters newfound betting freedom and the increased competition is maybe more than US punters are able to support. In terms of options, many bettors are now able to place bets in their home states rather than travel to the likes of Nevada to participate and the adoption of mobile betting platforms has made this even more convenient.

The industry will have to wait for the next match to see if this is a new trend or a betting anomaly.