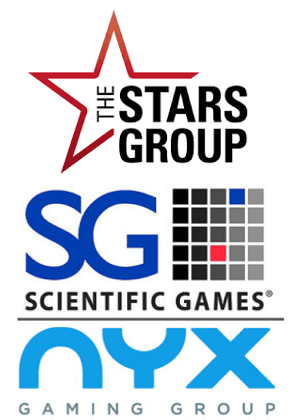 Scientific Games will purchase all of The Stars Group’s securities in NYX as part of the deal. This includes 40 000 preferred shares, 5 617 716 ordinary shares, and 1 363 636 ordinary share purchase warrants.

With the sale of these securities, The Stars Group will cease to beneficially own, control or direct any of NYX Gaming’s securities.

In September, Scientific Games entered into an agreement to acquire the entire NYX Gaming business for roughly C$775m (U$603m), including debt. This deal was later emended to accommodate the possibility of the acquisition not being approved by NYX’s shareholders or be unable to move forward for any other reason. In this event, Scientific Games will make a contractual takeover offer for the same share price as agreed in the initial arrangement.

The deal was also emended to enable Scientific Games to purchase any ordinary, preferred or other equity securities of NYX or any of its subsidiaries. As a result, Scientific Games Corporation was able to acquire 11 600 000 ordinary shares in the NYX Gaming Group. This amounted to 10.72% of the NYX’s issued and outstanding ordinary shares. These shares were purchased through the TSX Venture Exchange at prices ranging between CAD$2.22 and CAD$2.35 per share, representing an aggregate purchase price of CAD$27 054 565 (US$21 039 794).

NYX shareholders will vote on the acquisition before the end of the year,

The Value of the Deal

By acquiring the NYX Gaming Group, Scientific Games is expanding its existing portfolio of digital gaming and online gambling products and services. In the wake of the announcement of the planned takeover, NYX shares climbed by 106% to C$2.33 on the Toronto Venture Exchange, whilst Scientific Games shares trading on the Nasdaq at US$43.15 essentially retained their existing value.

The deal is expected to close in the first quarter of 2018 and will begin adding to Scientific Games earnings in the first year thereafter. This will be in addition to the revenue gains resultant of other major acquisitions, such as that of UK-based Red7Mobile, which was announced two months ago.