Strong 2017 Revenues For The Stars Group 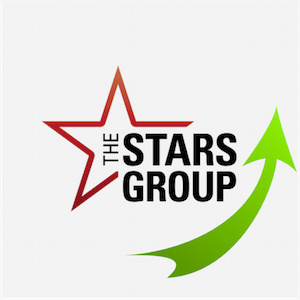 Multinational gaming and poker behemoth The Stars Group (previously Amaya Gaming) has posted an impressive 16% year-on-year increase in revenues for the last quarter of 2017. The Canadian firm has gone from strength to strength since its rebranding, and its most recent Q4 financial results are a testament to its success after separating itself from a scandal involving former CEO David Baazov.

Revealing its fiscal results for the period, the operator posted Q4 2017 revenues of $360.2 million, growing considerably from the $310.2 million posted during the same quarter of 2016. The Stars Group’s net earnings also rose by 4.7% during the period in review, growing to a total of $47.1 million.

The firm’s annual growth figures are also impressive, with net earnings growing by a whopping 91.30% and reaching $259.2 million last year. Its revenues also reached a record high of $1.3 billion, while its poker revenues displayed a 7.9% growth rate at $234.4 million for the period.

Growth For Casino And Sportsbook

Revenues for real money online casino and sportsbook operations also brought plenty of success to The Stars Group last year, earning combined revenues of $112.5 million in Q4 – an increase of about 40.3% over 2016’s results. In terms of full-year earnings, online casino and sportsbook offerings brought in $384 million for the Canadian company, showing a respectable year-on-year increase of 45.4%.

In a statement regarding the results, Stars Group CEO Rafi Ashkenazi noted that during the year, his business improved its core senior management team and delivered even more record-breaking revenues. According to the executive, the firm also continued to strengthen its income streams while also investing in growth and marketing initiatives and technological infrastructure as well.

The CEO added that his firm maintained its global leadership position in online poker, with its poker revenues growing considerably since 2016. Its online casino has reportedly also become one of the largest in the world since its debut in 2014, Ashkenazi said, while The Stars Group’s emerging online sportsbook brand also earned meaningful revenues and began to become a ‘secondary customer acquisition channel’ in 2017.

Just weeks ago, the firm also inked a $117.7 million deal to purchase a 62% equity interest in Australia’s foremost betting operator, CrownBet. Speaking about The Stars Group’s plans for 2018, its CEO added that the firm will continue to focus on growth initiatives through geographical expansions, inorganic growth, and of course, its many customers around the world.