Modular phones have been attempted a few times before, notably by LG with the G5, and by Google with Project Ara. Now Andy Rubin, who created Android and was the face of the operating system from 2005 to 2013, has struck out on his own and is trying again. 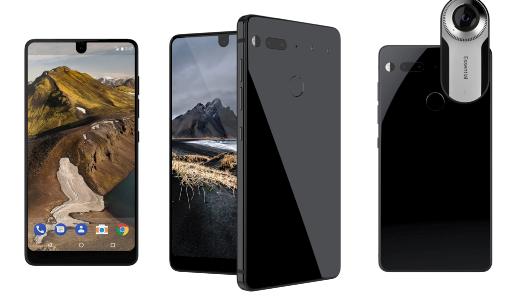 Products, was due to release the Essential Phone in July 2017. After a 3-month launch delay it is due out in the month of August in North America, and a launch for the United Kingdom is planned too. It should fan out soon from there, and with multiple radios it should easily work with all major carriers. Sprint will be the initial carrier in the United States, and has been running pre-order specials since 17 August.

It’s no secret that, as technology improves and we are able to do more and be more connected, providers of every kind of service try to use this to stay ahead. There are even apps these days to track your baby’s growth, and mobile gambling is moving onto social media platforms in very interesting ways. So is the Essential Phone going to manage to do this with modular technology, where others have failed?

The Specifics of the Essential Phone

The Essential Phone (officially called the Essential Phone PH1) looks gorgeous, and its specs do well when compared with other leading Android phones such as the OnePlus 5 and the Samsung Galaxy S8. Its camera could do with some fine-tuning and there are a few other bugs to work out, but on the whole it looks and behaves to the same standard that any premier smartphone might be expected to do.

What really sets the Essential Phone apart, and what everyone has been waiting to try out, is its capability as a modular phone. The thing that makes it different to past attempts at phones like this is the way the different accessories will attach to the main unit. Rather than being mounted on the full area of the back of the phone, the Essential Phone’s attachment point is a pair of magnetic pins. These can power or be powered by the accessories, via a quick wireless connection.

Having the accessories loaded via the magnetic pins makes the Essential Phone a lot more flexible, compatible with a lot more shapes and uses, than something like Motorola’s Z phones (some of the last remaining modular phones in the current market).

The only accessory that has been developed so far is a 360-degree camera, not to be confused with the phone’s camera that requires some bug fixing, but Rubin’s vision is for an ecosystem of accessories with powerful supporting software. A speaker that works with the accessories and creates a smart home, called Essential Home, is also planned.

Is the Essential Worth all the Hype?

A lot has been said about the Essential Phone in the preceding months, and some very big industry heavyweights, including Amazon, are backing the device. What we do not yet know much about are the specifics to the new Home system’s operating system, called Ambient OS.

Ambient OS seems to be a cross between an operating system and a smart home, and Rubin describes it as Artificial Intelligence (AI) but a “slightly different AI than we see today”. It will be very interesting to see what this actually entails, and to see if it ushers in a new world of smart technology and artificial intelligence, as Rubin believes is just around the corner.

Speaking at a press event held for the launch of the Essential Phone, Rubin commented that he believed gadgets, whether in smartphones or smart cars, would usher in the new age of AI. He sees his company as planting the seeds right now, and also hopes that his open-source platform will ultimately stitch different systems together.

In a world where it is harder and harder to wriggle away from corporate control and towards customisation and individual ideas, Essential Products might be exactly what their name says they are. We’ll be finding out soon.