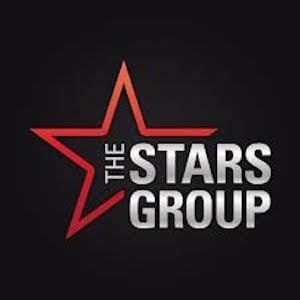 Eldorado Resorts and The Stars Group have concluded an agreement whereby The Stars Group will be offering a variety of gambling products to the operator. The agreement will be in place for 20 years, pending licensing as required by each state in which they operate.

Eldorado Resorts is an established brand in the US, with operations in 11 States. The agreement between the two companies gives The Stars Group (TSG) first refusal on the brands online sports betting second skins. Skins are the branded online pages for the partner's offerings, of which most casinos have several. In addition, TSG has the option to run the online gaming and online Poker in the US for the brand.

Eldorado will receive a share of revenue from each of the TSG products that operates under its licenses, as well as a $25 million stake in the company. An additional $5 million may be awarded based on certain provisions being met, and further shares based on the performance of TSG’s verticals.

A Year of Mergers

Earlier this year, Eldorado Resorts signed an agreement with leading bookmaker William Hill to power all of their land-based retail sports betting. William Hill has agreed to the new partnership, and will also benefit from an unspecified economic share. In addition, the bookmaker has first refusal for the skins for their online sports book operations.

Rafi Ashkenazi, CEO of TSG, shared his view that Eldorado Resorts is one of the US’s fastest growing companies. The new deal will be the foundation from which the company can pursue its expansion plans into other key US markets.

Eldorado CEO, Gary Carano, said that TSG is a leading licensed brand with one of the world’s largest presences. The company has proven its ability to grow market share in online gaming with its diverse product portfolio.

About the New Partners

Eldorado owns and operates 20 gambling venues globally. In 2016 the company acquired Isle of Capri Casinos, and more recently, Tropicana Entertainment. The two acquisitions are in large part responsible for the company’s exponential growth over the last several years.

The Stars Group, which is most well known for it’s Pokerstars and Betstars brands recently entered the US market via New Jersey. The company leveraged its existing agreement with Atlantic City Resort Casino and Hotel.  They have other pending agreements in the pipeline too, and with the regulation of new markets in the US, the company will soon be present in 13 states.