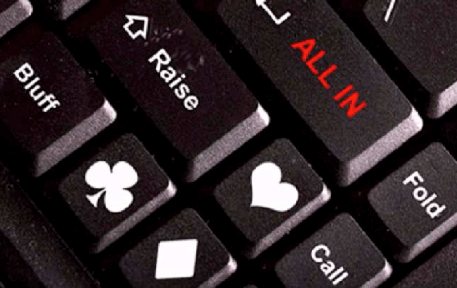 Nevada, New Jersey, and Delaware are the only three US states in which the provision of online gambling opportunities is legal. Now, the states have officially inked a shared online poker liquidity compact, which was announced just days ago by New Jersey Governor Chris Christie.

It is still not clear exactly when the states will be merging their online poker player pools. Online gambling has been outlawed in the US since 2006, when the Unlawful Internet Gambling Enforcement Act was introduced. Under this law, each individual state was allowed to decide whether or not to legalise online gambling within its own borders.

Many states considered legalisation, but Nevada, New Jersey and Delaware were the only states who followed through with the move, making iGaming legal on their respective territories. Online gambling sites were soon launched in the states, all three around 2013. However, online poker has not been able to acquire a significant share of the market in any of these regions, prompting Nevada and Delaware to enter a shared liquidity deal in 2015 in a bid to revive their poker markets.

Earlier this year, it was reported that New Jersey and the two additional states had been involved in discussions around a shared liquidity compact in a bid to grow their online poker markets. Director of the New Jersey Division of Gaming Enforcement, David Rebuck, confirmed these reports in July.

It is important to note that poker players from all three states will be able to win larger prizes and participate in bigger pools should the scheme be successful. Additionally, the states’ online poker markets could receive a much-needed boost from the compact after battling for years with sub-par profitability.

In particular, Caesars Interactive Entertainment’s WSOP online poker brand will no doubt benefit significantly from the shared liquidity compact. The WSOP is already a participant in the Nevada-Delaware shared liquidity project, while also providing online poker services in New Jersey. The owner of CIE has also voiced support for the recently signed deal, and confirmed that WSOP will definitely be taking advantage of the new opportunity.

However, PokerStars, which currently holds the largest share of the New Jersey poker market, will likely be barred from joining the shared liquidity network as it cannot legally operate in Nevada. The state’s iGaming laws bars operators that have previously violated UIGEA from offering their services to locals.

In the meantime, it will likely take months before the states’ operators can merge their player pools due to technical specifications that need to be ironed out. Technical teams from Nevada, New Jersey and Delaware have begun working on this project, but have warned that it will take time to complete.