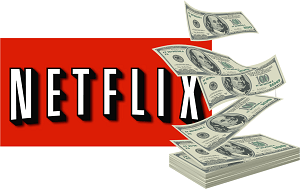 In January 2017, Netflix added a record 7.05 million viewers to its fan base. The streaming service is now available in 190 countries, and the rise in viewers was accompanied by a 36% increase in sales. Original content and an expansion into more countries, with Canada having Netflix since 2010, has driven this incredible growth.

Netflix executives understand that to make money, you often need to spend money – in their case, on high-quality shows. The company spent USD5 billion on original content last year and has committed to spending USD6 billion in 2017, more than doubling the output to 1000 hours. The service now also allows you to save content to your SD card, so you can store movies and series to watch them later, or take them to a friend. In keeping with all things money-related, Netflix viewers in Canada can also watch a whole lot of enjoyable series, movies and documentaries about what makes the world go around – both original content and quality re-broadcasts. We’ve put together a list of 5 best full-length features for you.

The 2008 financial crisis prompted a slew of probing documentaries, and this is among the best. Narrated by Matt Damon, this 2011 winner of the Best Documentary Feature Oscar examines and explains the causes behind the crisis.

With interviews from some of the industry’s biggest players sitting alongside clear and easily understood analysis, Inside Job is perfect if you are not a financial expert but you want to understand more about the causes and effects of the major world event that was the 2008 collapse.

Hank: 5 Years from the Brink

In another very interesting angle on the 2008 financial crisis, this documentary looks at the role played by Hank Paulson. He was the former Chief Executive Officer of Goldman Sachs, and was the United States Secretary of the Treasury at the time.

This documentary was made 5 years after the crisis in 2013 and chronicles how Paulson was able to persuade presidential candidates, Congress and banks to sign off on a rescue package for the United States financial system that amounted to almost $1 trillion. Convincing the American public that the institutions had lost all their money and needed more and convincing politicians who wanted the public’s support to agree to this idea, was no easy task.

Joe Berlinger, the Oscar nominee behind Some Kind of Monster and the Paradise Lost Trilogy, directs Hank: 5 Years from the Brink. Featuring both Paulson and Wendy, his wife, it reveals the challenges of balancing a marriage with an incredibly pressured leadership role, and how they coped while Paulson was playing an instrumental role in bringing America back from the brink.

Margin Call is a fictional story, but it was modelled on the catastrophic events of 2008. However, the twists and turns of the story could make sense set at any time during late capitalism. The events in the movie unfold over just 24 hours, and are centred on a fictional investment bank.

The firm has learned that the assets they hold are toxic due to how highly leveraged they are, and that they could self-destruct at any time. This would leave them worthless and the company bankrupt – and could even upturn the entire financial system. It’s a long hard look at what unethical people will do when they face ruin and need to survive. 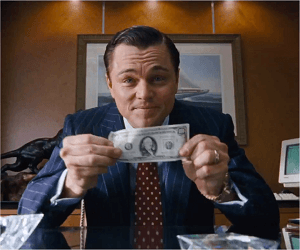 The Wolf of Wall Street

Winner of multiple awards, including the 2014 Best Actor Golden Globe for Leonardo DiCaprio, this Martin Scorsese-directed biopic tells the true story of Wall Street trader Jordan Belfort. In the late 1980s and early 1990s, when capitalism seemed to be exulted by all, Belfort started a brokerage firm called Stratford-Oakmont with his partner Donny Azoff.

Much of what they promised was based on smoke and mirrors, but they were so successful at the lies, throwing lavish parties and living lives of excess, that their status in Wall Street grew so much that companies began to file their IPOs with them. As their consumerism and the amount of substances they abused continued to escalate, the FBI started to investigate.

Everything spiralled out of control as Belfort devised new trading schemes and ways to cover his tracks – and ultimately, everything came crashing down for him.

Trading Places is set in the Chicago Commodity Exchange rather than Wall Street, and is a heart-warming Christmas movie – the perfect way to end our list! With a cast that features a young Eddie Murphy and a drunk Dan Ackroyd in a Santa suit, this was never going to be anything but fantastic.

In a Freaky Friday, prince-and-pauper-type story of switches, a commodities broker and a street hustler change places. The high-class antics of unscrupulous brokers are paralleled to the low-class activities of bookies, and the movie shows how the former are handsomely rewarded while the latter are often punished. The lesson and the details of a personal turnaround are at the heart of this story, and you’ll enjoy every moment of it.