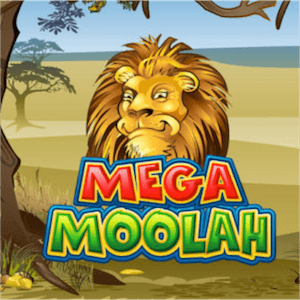 Mega Moolah, Microgaming’s popular progressive jackpot slot, set a new record last week when it made two new millionaires in as many days. The two jackpots – CAD5.7 million and £1.7 million to players from Canada and the UK respectively – were awarded on 19 and 20 April and bring the total number of Mega Moolah jackpots landed this year to five.

At this rate, 2018 is well on its way to breaking the 2017 record for the number of Mega Moolah jackpots paid out. Last year, the slot paid out an unprecedented 12 jackpots but this record is highly likely to be smashed if 2018 carries on at its present pace, with five winners already named in less than four months.

The closest together that consecutive Mega Moolah jackpots had ever been paid out before this was five days, which was set in June 2014. It is also only the fourth time in which the jackpot has been landed twice in a single month.

The first of these two historic seven-figure payouts went to a Canadian player at the Grand Mondial Casino last Thursday. The unidentified player landed a whopping CAD5 691 921, the larger of the two jackpots.

With this payout, the Mega Moolah slot continued its trend of awarding one jackpot month in 2018 so far. Over the course of the 12 months of 2017, the online slot game managed to produce 12 winners – essentially one a month, except that February did not have any winners, whilst November had two.

Whilst the identity of the second player has also not been disclosed, it is known that the lucky UK winner landed his or her seven-figure jackpot while playing on a mobile device. Payouts of this size are becoming increasingly popular on mobile casino platforms

The player landed the £1 778 226 jackpot on 20 April, just hours after the previous jackpot was struck in Canada. Immediately after the UK win, the Mega Moolah prize pool was reset to its £1 million minimum seed amount.

While impressive, this payout is still far less than the largest Mega Moolah jackpot ever paid out to a UK player. This world record jackpot win totalled £13.2 million and was paid out in October 2015. Incidentally, the United Kingdom is the single most successful country in terms of Mega Moolah jackpot wins, which number 10 to date. Together with Canada, the home of the other jackpot winner in this story, the UK has dominated the Mega Moolah over the last seven payouts.