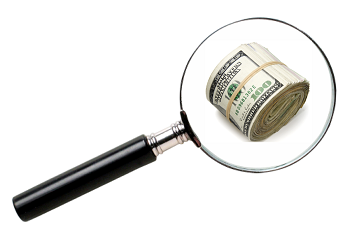 Combating money laundering and related fraud has become a costly affair in itself, or so it seems in latest casino news. This was certainly the idea to be had after it became apparent that a request for information that should on all counts have been considered public information came with a hefty price tag of $400,000.

A Western Canadian union representing a large number of casino numbers was recently left careening with shock at having discovered that a request for details of communication between the British Columbia Lottery Corporation and the Great Canadian Gaming Corporation did not come cheap.

Dodgy Dealings in the Spotlight

The union had lodged the request following concerns that high-rolling gamblers may have been using casinos in British Columbia as a smoke screen for underhanded financial wheeling’s and dealings. The laundering of illicit cash is a constant concern in the scope of the global casino industry.

Unite Here’s Marc Hollin said that the union found the response preposterous and that it was every member of the public’s right to know what went on behind the scenes at Canada’s casinos, especially when it came to documents relating to anti-corruption policies.

Querying Operations at a Cost

Suspicions were first raised in September of last year when certain details and findings of an investigative report into the operations of the Great Canadian Gaming Corporation were brought to the public’s attention by the attorney general. The report related to the anti-laundering policies and levels of compliance by certain Canadian casinos, and one of the key findings was that the casino operator had accepted large sums of cash of which the source was unknown at its various premises.

The Freedom of Information and Personal Privacy Act clearly stipulates that a fee is permitted to be levied, but that it may also be waived in the event that the applicant cannot afford to pay those levies combined with the fact that the information that had been requested was with in the interest of the general public at large.

Transparency and privacy advocate Vincent Gogolek probably hit the nail on the head when he enquired as to just how much information was at stake, if the request carried a levy of that nature.