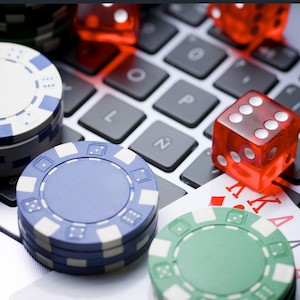 The courts are currently ruling in favour of the New Hampshire Lottery Commission. However, the DOJ has just lodged a formal appeal against the judgement. The good news for New Hampshire is that they can continue to operate their state lottery online until the First Circuit Court of Appeals reopens in October.

Back and Fore Over the Wire Act

The Interstate Wire Act has been around since 1961, so the idea of online gambling was definitely not part of the original wording or thought process. It was designed to ban betting businesses from using interstate communications via wire transmissions, meaning you could not bet on live events happening outside of your state. The original wording also specifically related to sporting events or contests.

When online casinos became a thing, the Wire Act was deemed to cover this new concept in its entirety. That meant no betting was allowed to take place across state lines via the Internet. In 2011, however, the Department of Justice updated their ruling on this and stated that the Wire Act only applies to sports betting as this was more in keeping with the original wording of the Act.

Fast-forward to November 2018, and the DOJ changing its mind. They have now ruled that the Wire Act covers all online gambling and not just betting related to sporting events. The problem was, in those seven years between rulings, many states had set up online lotteries and given operators licenses to run online gambling businesses. The change in ruling is a major threat to a big source of income for these states.

New Hampshire Versus the DOJ

The first group to stand up to the DOJ after the change in ruling was the New Hampshire Lottery Commission. This online lottery is now an important source of revenue for the state and they are not prepared to lose it without a fight. In the first round, US District Judge Paul Barbadoro ruled in favour of the state.

The Department of Justice promptly filed an appeal, sticking to their guns with their new ruling on the Wire Act. However, it seems that New Hampshire has plenty of support in the fight too, with even iDEA (the iDevelopment and Economic Association) arguing that the appeal should be dropped.