Wearable Tech: From Functional to Stylish

Wearable technology is a reality today, and these devices, or ‘wearable’s’, are becoming more and more prevalent. One of the most recent major developments is to make these cutting edge pieces more fashionable; while there is definitely still a large demographic that prefers typically geeky and clunky accessories, sleeker and more refined designs allow for a more understated and elegant look.

Devices that enable connectivity, and thus access to email, social media, online casinos and anything else people might want to do while they are on the go, often roll out new technological and aesthetic designs, but there are many other areas where fashion and technology are meeting too.

Wearable Watches for the Next Generation

Respected designer Michael Kors has released Michael Kors Access smartwatches, and Swarovski has collaborated with tech company Misfit to create the Shine Bracelet and Watch. This crystal-accessory comes with several different bands, and co-ordinates with a smartphone app to track fitness and monitor sleep. Its watch function seems to be especially appealing to users and simply tapping the crystal twice will reveal a watch interface.

Many other major fashion brands, such as Fossil and Guess, are also releasing smartwatches, while the Apple Watch 2, Pebble Time Around and Samsung Gear 2 are evidence that the major technological powerhouses of the world are making their smartwatches more fashionable, at the same time as they become more functional. All of these developments in the arena of what is probably the most basic wearable unit definitely prove that fashion-technology hybrids are not going anywhere. 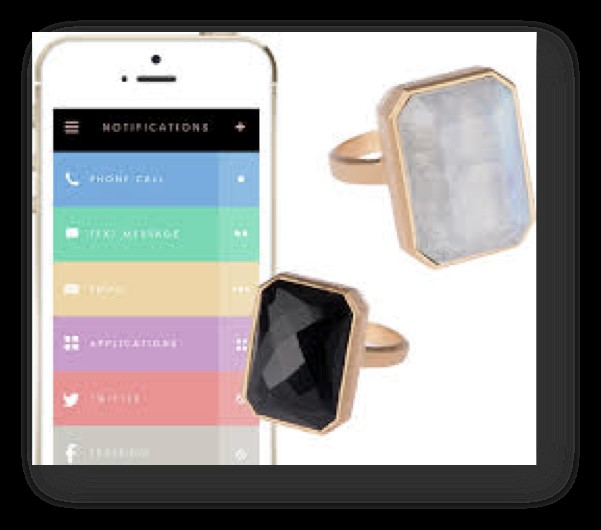 Wearable technology is being seen more and more in rings, cuffs and necklaces. These jewellery items can be used in the same way that smartwatches can, with connectivity, albeit in lesser capacities, or they can perform other functions.

Ringly, for example, is a ring that is available set with various semi-precious stones to alert its wearer to emails, calls and messages that are sent to their smartphone. Ungaro has released a similar ring, based on its iconic Diva perfume bottle, which will vibrate when selected contacts from the list in a synced smartphone are nearby.

With jewellery being durable and easily accessible, it makes sense that it is starting to be used for monitoring, tracking and organising life in other ways too. Mira and the Tory Birch Fitbit range have made fitness tracking more fashion-forward, and the Bellabeat necklace allows women to track their health with ease. This is very useful in general, but this device is especially valuable for those looking to fall pregnant as it provides a complete overview of reproductive health and aids in relaxation.

The emerging new avenues of wearable technology also extend to bioengineering fabrics, allowing additional performance properties to be laid down as they are created. The potential applications for this are still being explored, but the overall innovation reveals how much further wearable technology can still go, in many diverse directions.

Fashion and technology are both becoming more refined all the time, and the projects that combine the two should continue to produce some really gorgeous and rather exciting results.