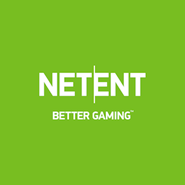 Since 2019, players have discovered and rediscovered NetEnt’s Canadian casino games at some of the region’s best brands online. The award-winning provider’s portfolio of slots, table games, speciality offerings, and live dealer tables have gained fans around the world.

NetEnt, which was founded by Pontus Lindwall in Sweden in 1996, made headlines in December 2020 when it accepted an acquisition offer of SEK19.6 billion (approximately US$2.1 billion) from leading live dealer game provider, Evolution Gaming. In 2007, the company was listed on NGM Equity, and in 2009, it moved to the Stockholm Stock Exchange’s main list.

Explore one of the most popular mobile casino Canada providers in more depth below.

Many of the mobile slots that have attracted huge amounts of attention in recent years are the handiwork of NetEnt’s team of developers. Since the provider launched in 1996, it has dedicated the greater part of development and production to slots – specifically video slots that are known for inventive bonus features and immersive graphics.

Gonzo’s Quest, a 5-reel slot that features a conquistador searching for ancient treasures in the jungle, is one of the most famous NetEnt Canadian casino games in the category. The ethereal Starburst, the adventurous Lost Relics, and the gripping Vikings are others.

In addition to video and classic mobile slots with an average payout ranking of 98%, the provider has released several titles that offer progressive jackpots. Among them are favourites such as Mega Fortune Dreams, Hall of Gods, Mega Fortune, and Arabian Nights.

The Best Platform For NetEnt Games

Initially, NetEnt created games that were intended to be played on computer, as that was the only option. In 2011, the provider launched its first games for mobile casinos Canada, and the brand has continued to perfect its offering for smartphones and tablets ever since then.

Many players would agree that the provider’s games look best on larger screens. However, they also would agree that the quality of the graphics and the mobile-friendly design ensure they’re just as compelling and functional on phones and tablets. The choice comes down to personal preference and convenience.

Why NetEnt Returned To Canada

NetEnt’s exit from the Canadian casino game market in 2016 came as a result of legislation that presented difficulties for the provider’s strategy for development. The move meant players in Canada could not access the provider’s releases.

The situation changed in 2019, when an agreement with IGT made it possible for the provider to supply games to the British Columbia Lottery Corporation (BCLC). NetEnt is once again many Canadians’ favourite provider.