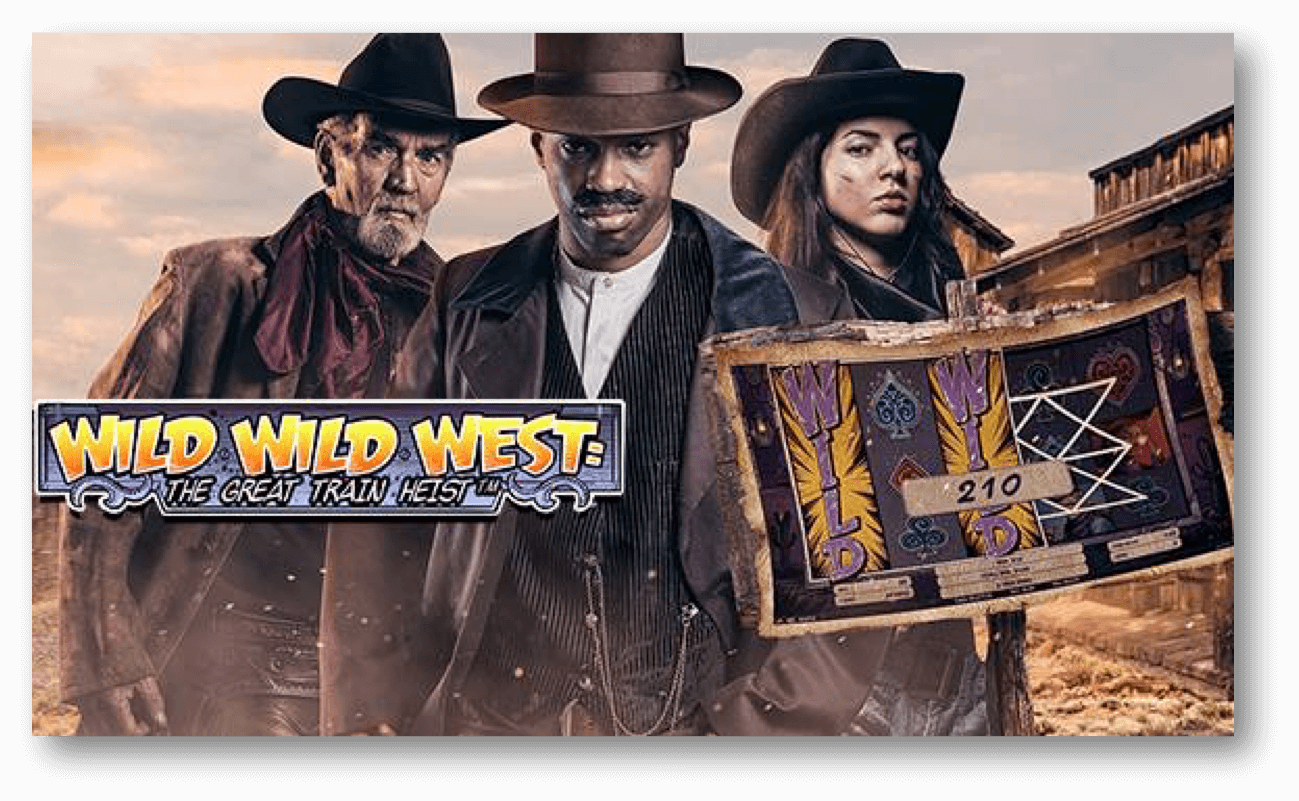 per NetEnt are well known for their regular and creative mobile slots releases. Now, the developer has just made an official announcement releasing the details of their newest mobile slots game – Wild Wild West: The Great Train Heist.

Complete with a catchy title and old-time graphics, the new slots game is set for release on January 23rd, 2017. The slot will accompany many other new releases that are set for around the same time, including Divine Fortune on January 24th, Joker Pro on February 9th and the revamped Hall of Gods mobile slot, which was released on January 16th.

Net Entertainment has recently released a sneak preview of their latest mobile slots game, revealing its graphic style, bonus features and characters that players can look forward to seeing later in January. The comic book style characters and icons have a hand-drawn quality to them, which has added an edgy feel to the classic Western theme. This is echoed by a country style background track, and four formidable gun-wielding robbers on the reels.

NetEnt have also added unexpected features and twists, including the spin button which spins like the barrel of a gun each time a player clicks on it. Details like these are expected to blend well with the game’s four villainous protagonists, who are taking part in a great train heist to uplift the locomotive’s resident riches.

The game play of Wild Wild West: The Great Train Heist plays out over 5 reels and up to 10 paylines for the mobile slot. There are Wild and Scatter symbols on offer as bonus icons, the latter which triggers a free spins bonus feature with 4 different Wilds to add excitement for mobile players. A golden safe Scatter awards up to 50x Scatter pays, and the number 7 train triggers up to 30 free spins.

To top it all off, Wild Wild West: The Great Train Heist also contains a classic Pick Me feature with cash prizes on offer, and there are multipliers of up to 3x attached to Wild symbol wins.

So far, the announcement of NetEnt’s Wild Wild West: The Great Train Heist mobile slot has attracted plenty of attention from the developer’s fans around the world. Now it just remains to be seen if the new mobile slot lives up to players’ expectations and delivers classic Western-style action in a modern and edgy game.