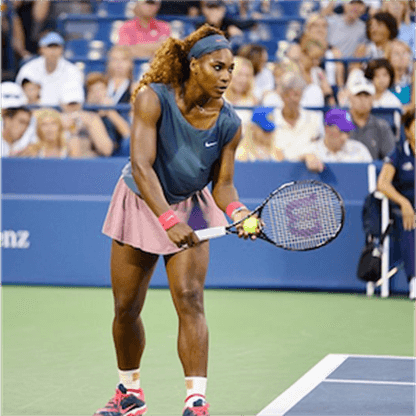 There are few tennis personalities as bold, and widely known as Serena Williams. But, as the tennis star recently left the court at the Australian Open, having lost to Naomi Osaka, it was once again without a Grand Slam title. Sports betting Canada enthusiasts are now asking if she ever will claim another Grand Slam title, or perhaps instead decide to retire before the milestone is achieved.

Not that she hasn’t already claimed 23 Grand Slam titles in her impressive career. The 24th, however, would be incredibly significant, given that it would tie her for the all-time global record. But speculation is now rife that the 39 year old is ready to call it quits after the season, which would nullify her run for the Grand Slam world record.

On the other hand, the French Open is drawing near, meaning that there is still a chance. Sports betting Canada enthusiasts are already discussing the odds of her success, and speculating whether to put money on the outcome, or against it. One thing’s for certain, now is the time when expert advice and tennis betting tips are more important than ever.

But looking closer at Williams and her recent behaviour may shed a little light on the situation. It seems that the tennis star is well aware of her position, and is perhaps more than a touch afraid that the 24th title is going to slip between her fingers.

After losing to Osaka at the Australian open, Williams paused to face the applauding audience, placing a hand over her heart. When asked at a later news conference if this was her attempt to symbolically say goodbye to the sport, Williams simply responded that she wouldn’t tell anyone if she did decide to say goodbye. However, she was then asked about the higher than usual number of errors in her tennis game lately, and responded by visibly holding back tears and declared the interview over.

Naturally, sports betting Canada enthusiasts pay special attention to such behaviour, and read it as important information on how the tennis stars will perform in the French Open.

But regardless of the behaviour, perhaps a far more significant indicator of her chances of snatching another title are the odds. Despite the speculation, she is listed as having odds of +1400. As anyone that looks at tennis betting tips or wagers at My Bookie will know, these aren’t the best odds, but also aren’t bad, indicating that she has a fair chance.