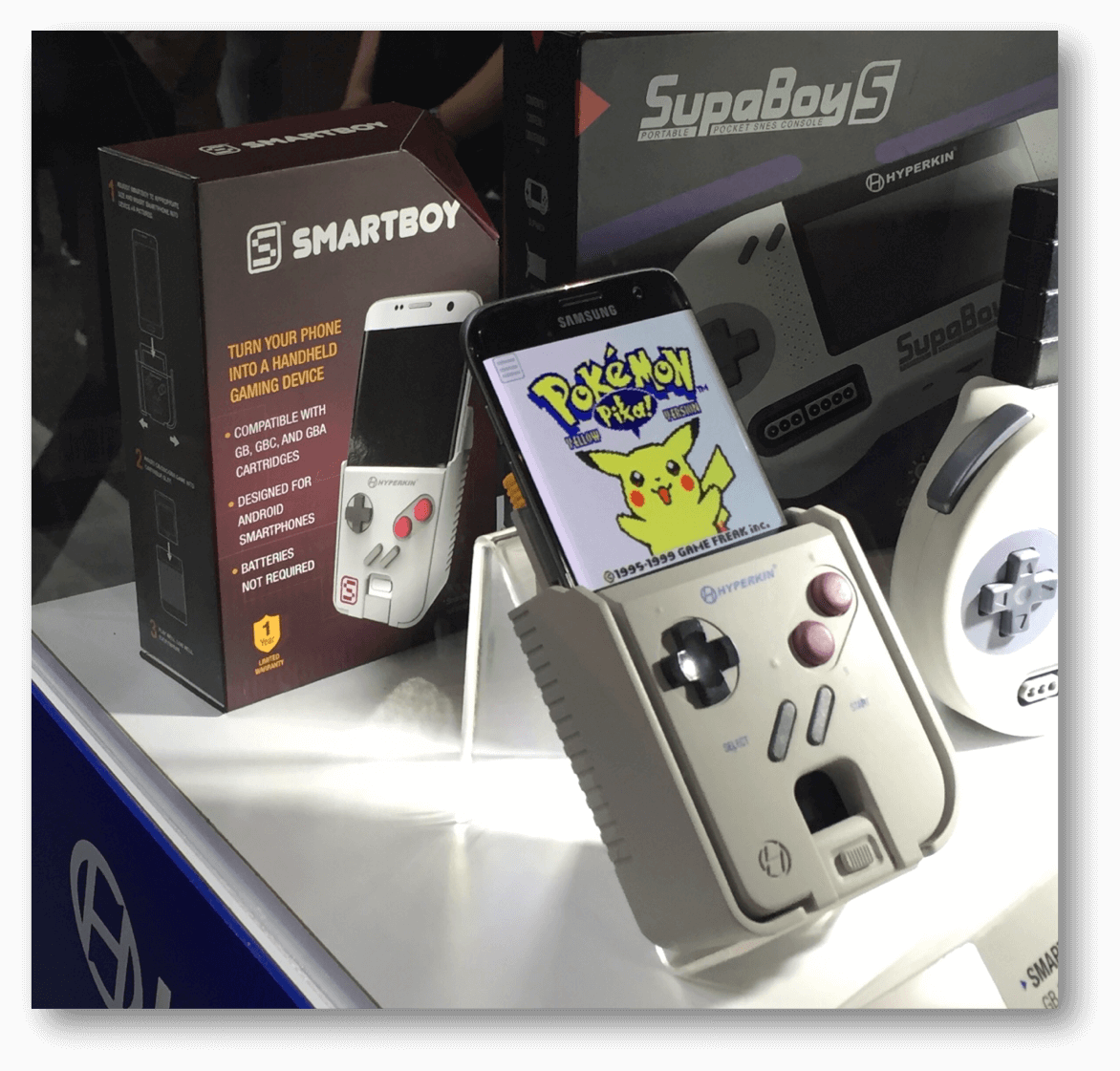 Hyperkin is a manufacturer of video game peripherals and distributes a variety of accessories for just about every console available, including, of course, Nintendo. Now the company has made it possible for Game Boy fans to relive the fun of their youth, in all its nostalgic glory.

The Smart Boy, a device capable of turning any smartphone into a functional device, was originally nothing more than an April Fools’ Joke released by Hyperkin. However, there was such a large and positive response to the idea that it was soon investigated further. An open-source app and promise of future retail-ready models were more than enough to get Game Boy devotees interested.

As technology becomes more advanced, there is a definite trend towards looking backwards as well as forwards, and the Smart Boy is a great example of this. It’s all the fun and excitement of the original Game Boy, with the added bonus that smartphone technology allows for capabilities and functionality original players could only ever have dreamed of. Once you’ve finished your game, you can fire off an email to work, or post your score on Facebook!

Originally available for Android phones only, the Smart Boy will now be compatible with any smartphone between 4.6 and 5 inches wide when it is released at the end of 2016. It will retail for between $40.00 and $60.00.

The look and feel of Hyperkin’s creation really pays tribute to the machines of the past, with a cartridge slot and classic buttons. Smartphones are coupled to it by slipping into a slot of their own, giving the same basic appearance and weight to this modern update as the original Game Boys had.

No matter what your favourite games were the first time around, you can enjoy them to their fullest again now. The Smart Boy can run classic, colour and advanced Game Boy game cartridges.

Being released just in time for Christmas is certainly good planning on the part of the Smart Boy development and marketing teams, but this doesn’t detract from the fact that it would be an ideal gift for any geek or gamer who’s still nostalgic about Nintendo in the 1990s. It seems set to provide a lot of joy to fans around the world that remember Game Boy in its heyday.